It’s time to take another look at the dynamics of disc sales, but in the light of Paul McBeth’s move to Discraft from Innova as his sponsor. Everybody knows that Paul McBeth is making a big splash in 2019 for Discraft sales, especially with his new line of discs which launched with the Zeus driver (originally announced as the “Kong”) and the Luna putter. But lets take a look at the actual sales figures provided by Infinite Discs to see just how much things have changed.

First of all, we need to look through the right lens when considering these numbers. The Innova Destroyer has been a top-selling disc for years and already had momentum as one of the best distance drivers on the market. It is still used by pretty much every professional player that throws the Innova brand as their primary distance driver. That momentum can’t be expected to come to a screeching halt.  Or can it?  The sales for the Destroyer spiked once Paul made his announcement in the end of 2018, due to a collectors market that knew the stamp would change.  But does the collectors market equate to long term change? The Star Destroyer stamp was changed in 2019 to become a Ricky Wysocki signature stamp, as Ricky moved from Latitude 64 to Innova as his sponsor. Did that change spur another wave of sales for the Star Destroyer?

The Zeus was originally released as a prototype with the name “Kong.” The prototype sales went crazy because, once again, the collectors market came into play. Whether or not anybody intended to throw the disc remained to be seen, but there was no doubt that collectors wanted a few of the prototype discs to stash away. Would those sales continue with the eventual stock edition? Would it become a mainstay in player’s bags like the Destroyer had?

Let’s stop asking questions and start looking at the actual sales comparisons, then you can draw your own conclusions. We’ll include sales information about the Discraft Force because it was originally the Paul McBeth go-to distance driver and still holds a spot in his bag for overstable distance drives. The Force is a Paul McBeth signature disc for Discraft. We won’t break the sales down by plastic types– just total sales of the Destroyer, Force, and Zeus. 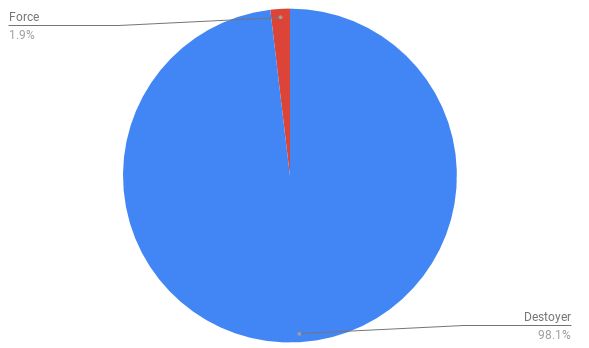 The Zeus obviously did not exist during that time period, and the Force was a minimal player in the distance driver market. 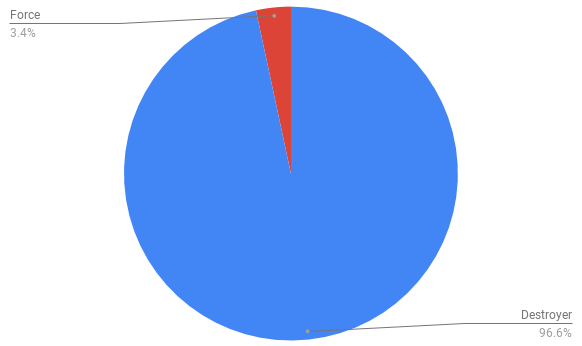 While Destroyer sales actually went up after Paul’s announcement, due to the pending discontinuation of the Destroyer as a Paul McBeth signature disc, the Force sales started to pick up on speculation as people began to wonder what he’d throw as a Discraft equivalent.  The Zeus still didn’t exist. 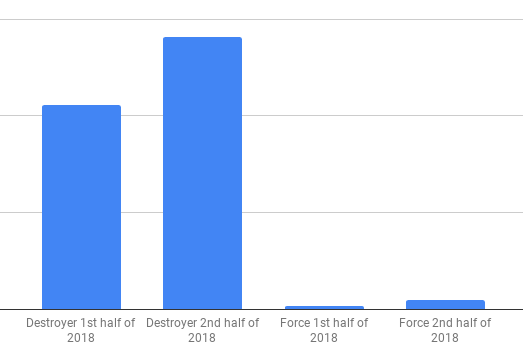 So when put side-by-side, you can see the bump in both Destroyer and Force sales in the latter half of 2018, but to a much smaller degree when it comes to the Discraft Force. 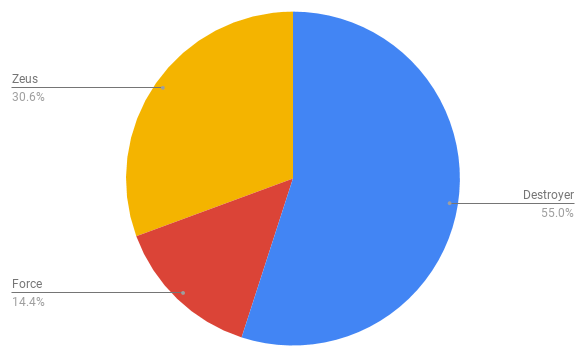 So, in the beginning of 2019 the Force gained significant ground as it was released with Paul McBeth’s name on it. But the Zeus from his own line of discs, quickly stole the spotlight and that collectors market kicked in. However, the Destroyer still held its ground and out-sold both the Force and Zeus combined, despite the hype. After all, the Destroyer was still a staple in the bag for many players, and people tend to keep throwing what they like. But it is easy to see how Discraft’s market share was given a serious bump with Paul McBeth’s switch. 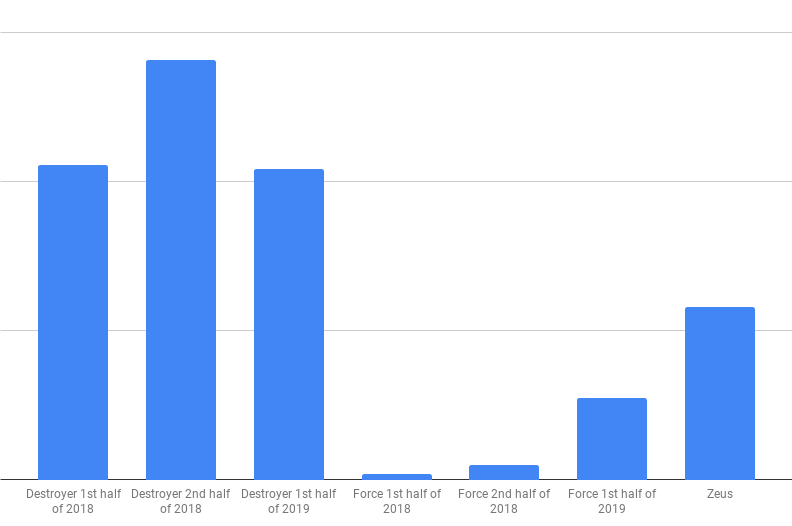 While the Destroyer took a jump in the 2nd half of 2018 and the Force and Zeus spiked in the beginning of 2019, the Destroyer sales fell right back to normal. The Destroyer sales in the first half of 2019 almost exactly matched the Destroyer sales in the first half of 2018. Perhaps the Wysocki Destroyer will continue to carry the torch just fine. While people are definitely paying more attention to Discraft’s arsenal, it appears to take more than one or two players switching brands to convince the masses to completely change their bag. Will there be more players throwing the Force and Zeus for the long term, after the collector market settles? Probably. But it doesn’t yet appear to be a complete take-over. Only time will tell.

Do you have any experience or thoughts on these three drivers? Feel free to leave your thoughts in the comments.

2 thoughts on “Destroyer vs. The Zeus and The Force”