We’ve finally made it to the semifinal round of the Disc Golf Reviewer World Series of Putters! In this series, we are searching for the best putter in the world and hoping to provide the disc golf community with a plethora of information along the way to help everyone decide what putter is right for them. This is an NCAA basketball style tournament and project where every day I test two putter molds against each other on the putting green in a head-to-head competition before posting here about my experience and the results. 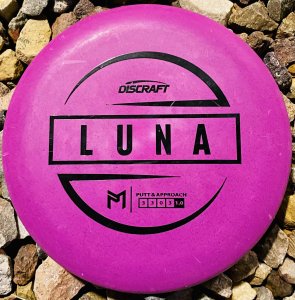 My word for the Discraft Luna: consistency.

The Luna is the disc I have felt the most consistent with throughout this event. It is the only putter in the entire tournament to score more than 60 points in every round so far (except for the Lone Star Penny Putter that got knocked out in the first round in a high scoring match).

Consistent also feels like the right word because it is one that is often used to describe Discraft as a whole. They have a pretty Their runs of discs are pretty consistent in how they fly and perform when compared to each other.

The Discraft Luna’s smooth, beadless design also makes it conducive to consistency on the putting green. It doesn’t have any feature that might cause a concern with your grip or release. It is a really solid putter that fully deserves a spot in the semifinal of this event. 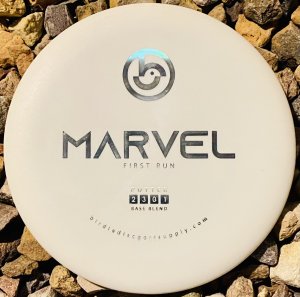 My Word for the Birdie Marvel: surprising.

The Birdie Marvel is a new disc from a newer disc golf company that you might have never heard of. I mentioned in the last article how I was wrong in worrying about the unique beveled rim design on the Marvel. The Marvel feels wonderful in the hand both in the shape of the disc as well as the plastic blend.

The Marvel is made in the USA, and the tooling on the bottom of the disc looks pretty identical to discs made by Finish Line in Georgia, so I’m pretty sure that is who is manufacturing this putter. Finish Line doesn’t even have a putter mold of their own yet, so the fact that they are making a really nice putter for Birdie Disc Golf Supply is…well, surprising.

The Marvel has been a very pleasant surprise all tournament long, and after just a little bit of time with it, I’m not surprised to see it end up as one of the final four discs.

In terms of technical specs, I think these two discs are the most identical of any two discs we’ve had face off against each other during this entire event.
But one glance at the profile picture above and you’ll see that in their actual shape these discs aren’t identical at all. They are both beadless putters, but they have very different rim shapes.
The Discraft Luna has a more rounded shape, but it stretches out to create a sort of curved sideways “V” shape. The Birdie Marvel instead curves into a pretty blunt edge, and the bottom of the rim cuts inward toward the bottom of the disc at a pretty sharp angle. Despite these significant differences in their shape, I think the discs feel pretty similar in the hand and they fly very similar to each other on the putting green.
The Discraft Luna is rated to be quite a bit more overstable than the Birdie Marvel, but as I’ve said all tournament long, I think the Luna is rated more overstable than it actually is. On the longer putts I thought the Luna performed maybe just a hair more overstable than the Marvel, but it wasn’t by much. Both discs have that consistent stable to overstable flight that has become very popular for putting putters. 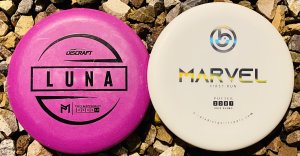 For more info on the format and scoring system I used to test these putters against each other, be sure to check out our main World Series of Putters post.
We normally just conduct one match of 30 putts from each disc, but we decided for the semifinal and final rounds to make them a best out of 3 series. We made this decision so that we could have a larger sample size for these final rounds in order to hopefully present a more accurate result.
I will present the scores from each match one at a time with each score being followed up by my notes from that match.
All matches in this series were held on a cool windless evening under a conveniently placed streetlight at my local disc golf course on a permanent Innova Discatcher basket.

After warming up, I flipped a coin to see which putter would be thrown first for the first round of putts, and it was the Discraft Luna. Here is how it all played out:

This wasn’t a crazy low scoring round, but it was one where I felt like I left a lot of putts out there. The poor performance with the Marvel from 40ft especially stands out since it outperformed the Luna from both 20 and 3oft.
This match also continued the slight downward trend of the Luna, though it still managed to stay in the 60’s for the whole tournament, but this match also broke from the upward trend the Marvel was on after scoring an impressive 74 in the last round. I try not to root for a particular putter, but knowing that I had just put up such a high number with the Marvel in the very last match I’d conducted made this one sting a little more.
And this is the benefit of deciding to do a longer series in the semifinal and final rounds. Both discs will get a chance to have a larger sample size to determine who will be moving on, so one bad round has the chance to not cost a disc the tournament.

After another warm up, I flipped a coin to see which putter would be thrown first for the first round of putts, and this time it was the Birdie Marvel. Here is how it all played out:

The Marvel needed to make its last two putts to stay alive, and it did just that. The 10 seed Birdie Marvel snuck out a close win over the 2 seed Discraft Luna to even the series at 1-1 and force a decisive third match. Final score: 62 to 59.

As I’ve shared before, I try not to keep score in my head while conducting these matches so as not to subconsciously influence the outcome, so I didn’t realize how crucial those last two putts were for the Marvel until I went back and added up the scores at the end. It is also noteworthy that the Luna missing its final 20ft putt ended up being detrimental.
The Luna’s streak of scoring at least in the 60’s is over, and its last 3 matches all dropped a single point from the previous round. It likely needs to stop the bleeding if it wants any chance to make it to the final.
The Marvel also put up a pretty poor score from 30ft and was fortunate to make up for it from the other two distances. Both of these discs are capable of more, and they will each get one last chance to prove they belong in the final round.

I conducted this match immediately after match 2, so the warm up was very brief. I flipped a coin to see which putter would be thrown first for the first round of putts, and this time it was again the Birdie Marvel. Here is how it all played out:

The 10 seed Birdie Marvel stepped up and matched its highest scoring match of the tournament to knock out the 2 seed Discraft Luna. Final score: 74 to 54.

After spending so much time with these discs, I hate to see any disc eliminated, but it is especially a bummer to see the Luna that has been a pillar of consistency burn out with its 3 lowest scores of the entire tournament when it matters most. Whether it was just a return to the mean over time, or me just having a rough night with this particular disc, the Luna is done in the World Series of Putters.
The Birdie Marvel had a really nice round and put up what I think is either the best or maybe tied for the best performance in a match from 30ft.
At this stage, it is so hard for me to distinguish what was “better” about the winning disc. I think both of these discs are phenomenal. I really like both plastic blends, but in these matches, I do think I felt a preference for the slightly stiffer and chalkier feeling Base Blend Birdie Marvel. I’ve always liked the textured feel of the Paul McBeth blend Lunas, but tonight I think the Base Blend Marvel had the edge.
My Recommendation 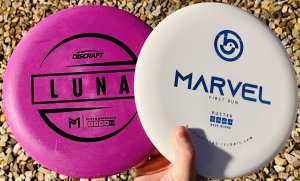 I’ve grown to really like both of these discs, and I honestly don’t know that I could pick between the two of them at this point. If I’m recommending these discs, I’d maybe give a slight bump to the Marvel because it is quite a bit cheaper than the Luna and it is newer, so who I’m recommending it to probably hasn’t had the chance to try it out yet.
The Birdie Marvel is one of our two finalists. The second finalist will be determined tomorrow as the 1 seed Axiom Envy takes on the 12 seed Lone Star Jackrabbit.
5/5 - (5 votes) 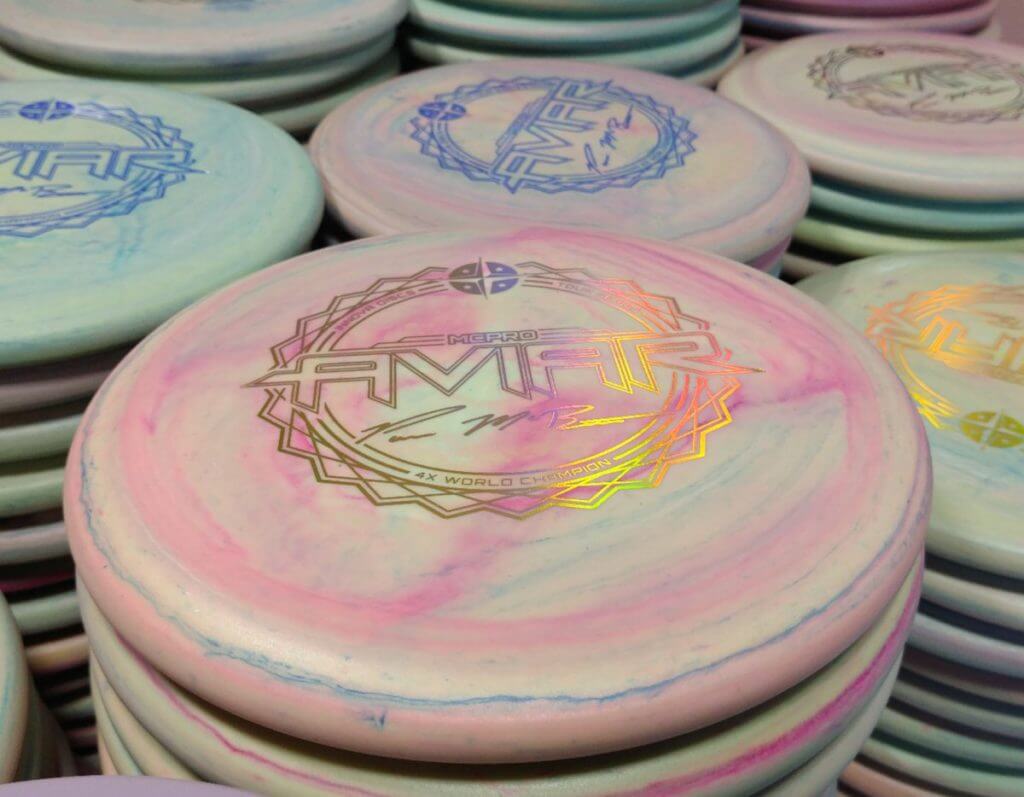 It is fun to look at which discs are selling the most at any given moment, especially when it comes to critical discs like putters.… 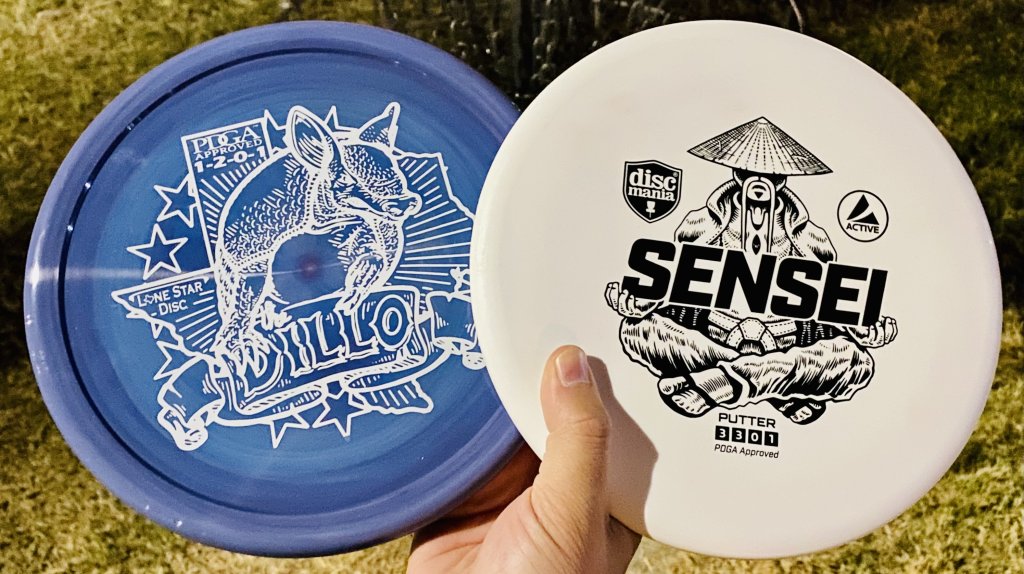 The second round of the Disc Golf Reviewer World Series of Putters continues today! We are searching for the best putter in the world and…