The Disc Golf Reviewer World Series of Putters continues today as I test two putter molds against one another on the putting green in a head-to-head competition. Today’s match is a first-round match in the P2 region between the 5 seed Kastaplast Reko and the 12 seed Lone Star Jackrabbit. Let’s start as we always do by getting to know each disc a bit better. 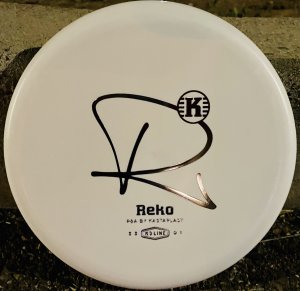 This is the first Kastaplast mold we’ve featured in this series so far. Kastaplast is a disc manufacturer based out of Sweden that gained popularity a few years ago due to their unique and grippy plastic blends and their quality disc molds.

The Reko released in early 2016 and it is Kastaplast’s most traditionally shaped putting putter. The Reko is a shallow putter that features a flat flight plate that is almost concave on top. At first I thought the Reko was beadless, but it does have a slight microbead on the bottom that you can barely feel when gripping the disc.

Today I used the K3 Reko for our testing and competition. K3 is Kastaplast’s base or putter plastic blend. It has some softness to it, but it still has that unique tackiness and grip that Kastaplast has come to be known for. 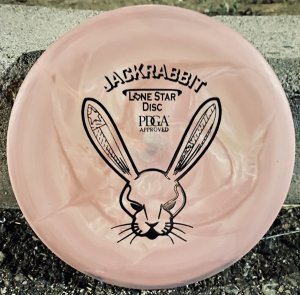 The Jackrabbit is also the first Lone Star Disc putter to be featured in this competition. Lone Star Disc launched during the pandemic from deep in the heart of Texas, USA. In a short time they’ve developed a loyal fan base thanks to their unique molds and plastic blends (sounds a bit like the rise of Kastaplast from a few years ago, doesn’t it?)

A spec we haven’t talked a lot about so far in these posts is the inside rim diameter, but the .4cm differential between these two discs is significant. You can see it in the profile picture–notice how far back into itself the Jackrabbit bends before reaching the bottom of the disc compared to the Reko. This increased distance on the rim helps emphasize the height of the disc and forces your grip to cover a wider surface area. It may just be a matter of personal preference, but I really liked how this shape on the Jackrabbit felt in my hand.
The Jackrabbit is also .2cm taller than the Reko, and I think that difference in height was noticeable out on the putting green. The Jackrabbit had more glide while the Reko demanded a bit more umph and spin to get the same distance and height from the putt.
The plastic blends are quite different on these discs as well. They both were very grippy, but the Victor Jackrabbit was much softer and more flexible than the K3 Reko. As I’ve shared before, I tend to trust my grip and release more with a stiffer putter, and that held true here as well as I much preferred the K3 plastic blend. I’d be curious to also try a Victor 2 Jackrabbit, which is supposed to be Lone Star’s stiffer putter plastic. 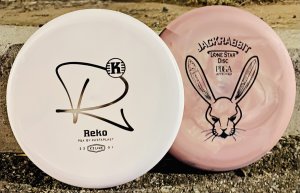 For more info on the format and scoring system I used to test these putters against each other, be sure to check out our main World Series of Putters post.
I conducted this match later in the evening at a local disc golf course on a permanent Innova Discatcher basket. There was a touch of wind in the air that came through as a slight tail to cross wind off and on during the match. After warming up, a coin flip determined that the Kastaplast Reko would be thrown first. Here is how it all played out:

Once again, the 5-12 match features an upset with a wide margin on the scoreboard as the 12 seed Jackrabbit takes down the 5 seed Kastaplast Reko 62 to 33. 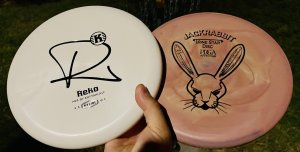 As I mentioned above, the Jackrabbit felt and flew a lot like the Gateway Wizard, and I putted with the Wizard for years, so the learning curve for the Jackrabbit was definitely mitigated for me. But I also don’t want to sell the Jackrabbit short–it is its own disc, and I thought that it felt very comfortable in the hand. I liked the tackiness of the Victor plastic blend, though it also was very soft, and I’d be very interested to see if I could put together an even higher score with the stiffer Victor 2 Jackrabbit.
I think this matchup really emphasized why I’ve generally preferred taller and floatier putters. For me, that style of disc is just literally easier to putt with. If I can trust the disc to keep itself in the air for longer, I don’t need to throw it as hard which means I don’t have as many moving parts to get the timing right with throughout my body when I putt. The Reko flew straight and true for me for the most part, but I was consistently hitting the front of the rim on my misses.
And I really think that was the main source of separation between these discs. I love the feel of Kastaplast’s discs and plastic blends, but the shape of the disc just wasn’t right for this matchup tonight and it was the Lone Star Jackrabbit to come out on top.

I would not hesitate to recommend either of these discs, but I would also say you need to take your own putting style into account. If you like a higher power spin putt, then maybe the Reko might be a better choice for your than it was for me. But I think the Jackrabbit is a solid disc that is compatible with pretty much any putting style, and I look forward to getting to putt with it for at least one more round.
The Jackrabbit will await the winner of tomorrow’s match in the P2 region between the 4 seed Dynamic Discs Emac Judge and the 13 seed Uplay Zeal. Come back tomorrow to get the results of that match.
5/5 - (5 votes) 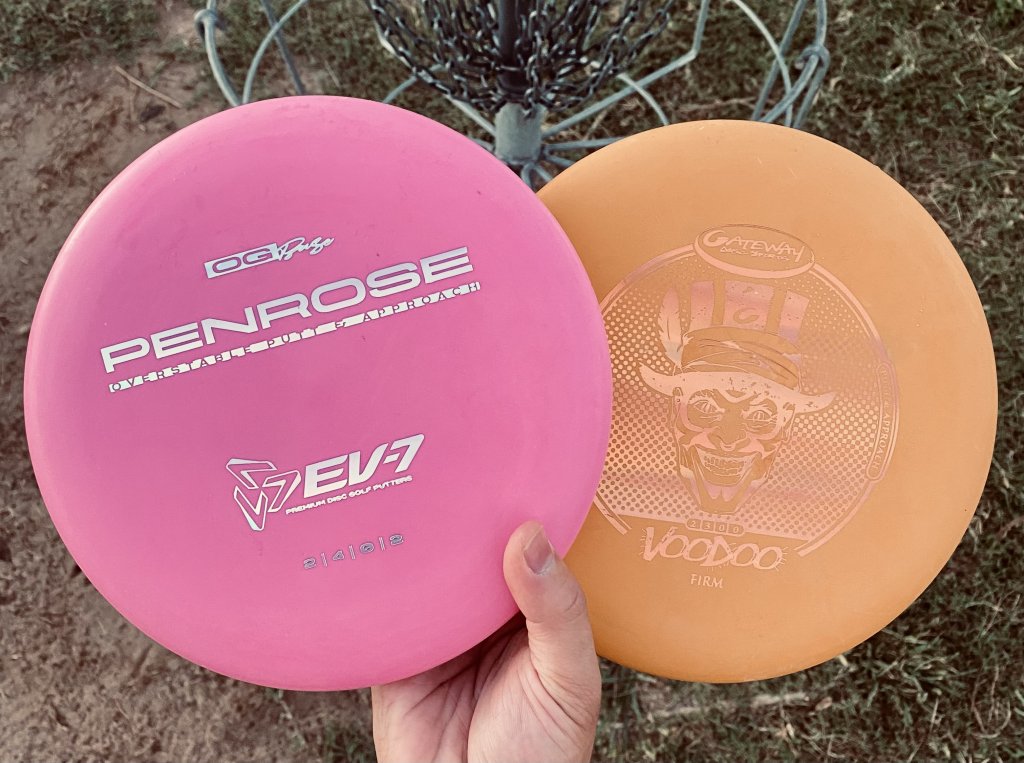 Today we have the match I’ve had circled ever since the Disc Golf Reviewer World Series of Putters bracket was finalized. This is the fifth…