I’ve been releasing a new article every day where I test two putter molds against one another on the putting green in a head-to-head competition as part of the Disc Golf Reviewer World Series of Putters. Today’s matchup is in the first round of the P2 region of the bracket where the 3 seed Latitude 64 Pure is going up against the 14 seed DGA Blowfly 2. Before getting to the results, let’s take a closer look at each of the competitors first. 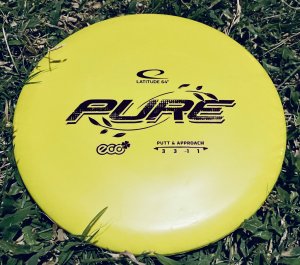 The Pure has been a staple in the Latitude 64 lineup of discs for a long time. It is one of their most popular molds, and recently crowned women’s world champion Kristan Tattar putts with the Pure.

The disc is well named, as it is known for its “pure” straight flight on the putting greens. It is rated to be a true stable flyer that can get a bit flippy if given more power when thrown off the tee. The Pure is a beadless mold that features a shallow height and a flat flight plate. It is especially a popular choice for “spin” putters as the shallow disc has minimal glide and performs like a true point and shoot putter.

Today I used an Eco Zero Pure during the match. Eco Zero is basically an eco-friendlier version of Latitude 64’s Zero plastic blends. This plastic blend contains a majority of raw materials from renewable resources. Eco Zero feels much like the Zero Hard plastic blend as it is very stiff and firm in the hand with a reliable grip. 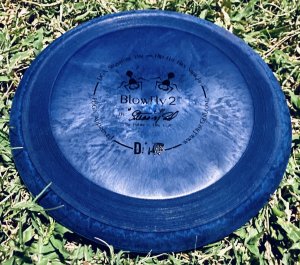 DGA’s three “floppy putter” molds are some of the most unique discs in disc golf. The Blowfly 2 is their representative in the World Series of Putters.

This disc takes “soft” plastic to a whole new level, as the disc can literally be folded into fourths without damaging the plastic. It feels super rubbery in the hand and features textured lines across the top of the flight plate intended to provide a gripping area for your thumb. 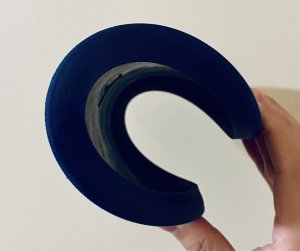 The Blowfly 2 is beadless and is rated to be a straight to understable flying disc. The idea behind such a floppy disc is that it should stay put wherever it lands and not skip or roll away. Therefore, it is often used as an approach disc.

The Blowfly 2 is different than most discs it could be compared to, but a huge difference we see in this matchup with the Pure is a .5cm difference in height. The Blowfly 2 matches the tallest disc in the competition so far while the Pure I believe also ties for the shortest. This results in a pretty big difference in how much glide each disc flies with, as the Blowfly 2 has a much floatier flight. Yes, the Pure has a bigger glide number in its manufacturer assigned flight numbers, but as I’ve stated before in these articles, flight numbers are extremely arbitrary and shouldn’t be used as the exclusive factor when comparing discs, especially when comparing discs from different manufacturers.
The Blowfly 2 is also an especially wide diameter putter that features a rim shape that carries out to more of a point at the end of the rim than most putters. 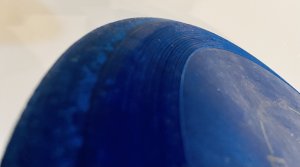 As I previously mentioned, The Blowfly 2 also features a circle of small groves around the edge of the top of the disc’s flight plate. This feature is designed to provide a grip spot for your thumb when you hold the disc. I think this is an interesting feature for a disc that is already so rubbery and floppy, as additional grip doesn’t really seem like something this disc is really needing. My only thought is perhaps instead of just a textured grip, these groves might be intended to provide additional thickness to the disc. Since the disc is so floppy, it folds as soon as you grip it. Maybe the additional thickness where you place your thumb is meant to provide a more reliable grip? 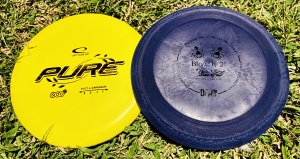 For more info on the format and scoring system I used to test these putters against each other, be sure to check out our main World Series of Putters post.
I conducted this match later in the evening at a local disc golf course on a permanent Innova Discatcher basket. There was no wind or weather to speak of. After warming up with both discs, a coin flip determined that the Latitude 64 Pure would go first on the first set of putts. Here is how it all played out:

With a shockingly low score from its opponent, the 3 seed Latitude 64 Pure cruised to victory over the 14 seed DGA Blowfly 2 with a final score of 50 to 11.

I say it was a shockingly low score, but if I’m being honest, 3 is way more made putts with the Blowfly 2 than I expected to have when the match started.
I try my best to be generous to the discs I review because I know that usually if I don’t like a disc, it isn’t because the disc is inherently bad. Usually, it just isn’t the disc for me. But in the case of the Blowfly 2, I struggle to not fault the disc itself.
As I’ve said before, I generally prefer stiffer plastic blends for my putters. I know that’s just my personal preference and that plenty of people like a softer putter, but the Blowfly 2 is something else entirely. The disc flops over in your hand, and it seems to melt in the spaces between your fingers when you grip it. As you go through the throwing motion, the disc flops and shifts making a consistent release near impossible.
I had zero confidence on any putt outside of 5ft with the Blowfly 2. On the shorter putts, I was consistently missing high as I think the floppiness and inevitable wobble of the disc as it came out of my hand caused it to propel itself upward more at the beginning of its flight. On longer putts, it wasn’t uncommon for me to barely miss the basket, then try to throw a near identical putt with a slight adjustment based on the previous throw only to then wind up missing to the right by about 20ft (not exaggerating).
There was one putt that hit the top of the front rim of the basket. While most discs I would have expected to bounce off the top and have a chance of falling into the basket, the Blowfly 2 just stopped and fell, as it is designed to do, at the base of the basket.
As for the Pure, it was good overall. As I expected, there were a few putts I left short as I tried to adjust to the lack of glide. I was really hot with it from 30ft, but for some reason struggled more at just 20ft. There wasn’t anything about the disc that I noticed during the match that was causing me to putt better from 30ft or worse from 20ft, but I wonder how switching between the Pure and a unique disc like the Blowfly 2 impacted the Pure’s total performance. Overall though, I had a good experience with the Pure, and I really liked the feel of the Eco Zero plastic blend.

It shouldn’t be a surprise that I would not recommend the Blowfly 2. If you wanted to be unique and putt with this disc, go for it, but there will be quite the learning curve and I don’t think it would be worth your time to get good with this disc as there are plenty of other putters to choose from. You could choose the Latitude 64 Pure, which would definitely be my recommendation if you are deciding between these two discs. I am excited to give the Pure another test in the next round.
Come back tomorrow as we continue the World Series of Putters. Tomorrow’s match is another first round matchup in the P2 region between the 7 seed MVP Ion and the 10 seed Infinite Discs Tomb.
5/5 - (3 votes) 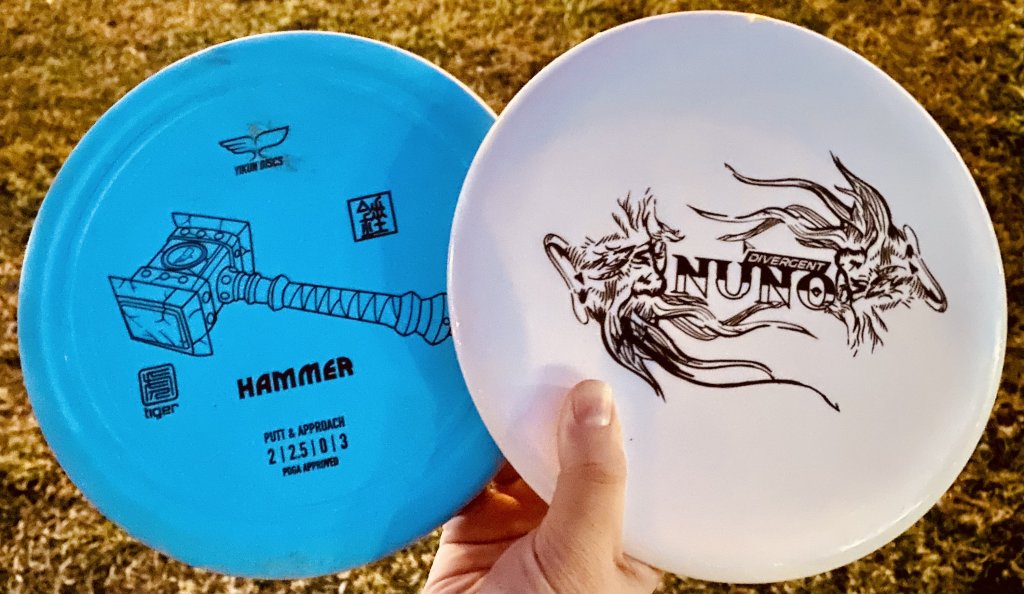 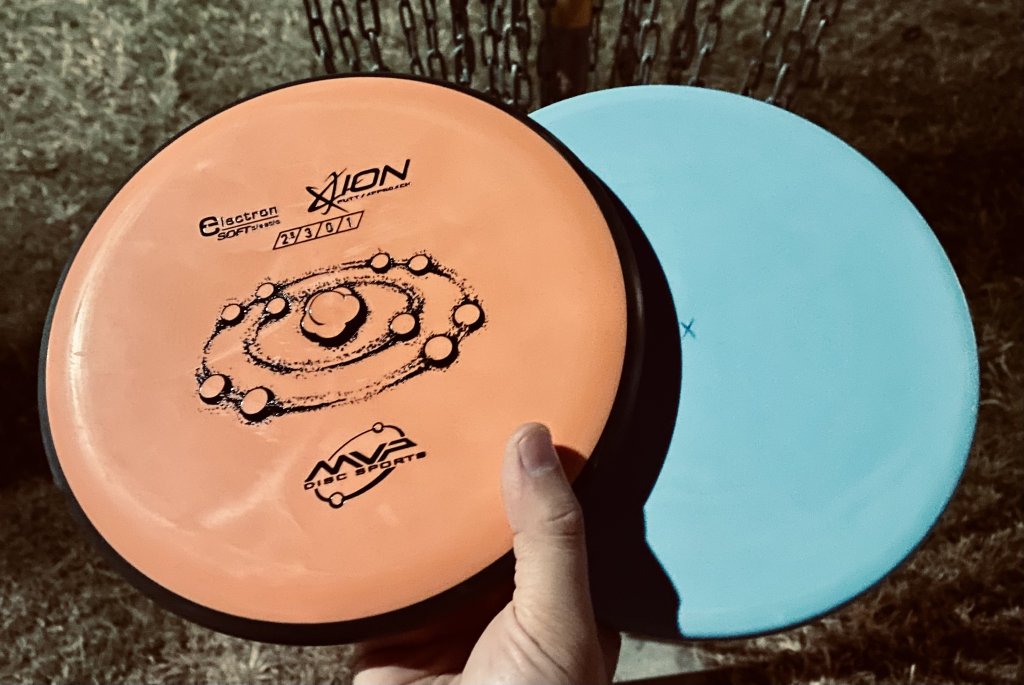