The Disc Golf Reviewer World Series of Putters keeps on keeping on today with a really intriguing match between the 8 seed Innova Yeti Pro Aviar and the 9 seed Latitude 64 Dagger. This is a project where I test two putter molds against one another on the putting green in a head-to-head competition and then post about my experience and the results. Let’s take a moment to get to know today’s competitors a bit better.

The Yeti Pro Aviar is one of several variations on the Innova Aviar Putter mold. This version is named after Jay “Yeti” Reading, the 5-time World Putting Champion and one of the old school Innova sponsored pro disc golfers.

The Yeti Aviar mold is moderately tall and beaded. The signature feature of the Yeti Aviar is its concave flight plate. This disc is the inverse of a “pop-top” disc, as it has no dome at all and instead bends down slightly toward the bottom of the disc instead. Some flat disc molds come out a bit concave on accident, but the Yeti Pro Aviar is intentionally molded this way.

Yeti Pro is also the name of the disc’s unique plastic blend which is similar to but a bit tackier and grippier than the KC Pro Aviar. 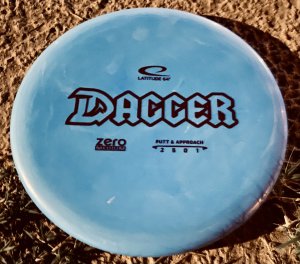 The Latitude 64 Dagger was originally the signature disc of David Feldberg, but it really took off in popularity when Ricky Wysocki joined Team Latitude 64 and used the Dagger to help him win a pair of World Championships. Sales of the Dagger have been down in recent years since Ricky left Latitude 64.

This is the deep dish of traditional putter molds. The Dagger is a very tall beaded putter with a large rim that helps the disc maintain plenty of glide. This design is perfect for push putters like Wysocki.

For today’s match I tested a pair of Zero Medium Daggers. Zero Medium is right between Zero Hard and Zero Soft in flexibility and softness for Latitude 64’s grippy lineup of base putter plastics.

Though they sold as different disc molds, the Yeti Pro Aviar and the KC Pro Aviar (along with the JK Aviar) have the same technical specs. This is because they are all technically the same mold, but they are “molded” differently during the “molding” process. That sounds a bit confusing, but basically, they manipulate the discs to make them a bit different from each other beyond their plastic blends. The way you can tell a Yeti Pro Aviar from any other Aviar besides its plastic blend is its concave flight plate.
So while these two discs are technically only .1cm different from each other in height and have the same rim depth measurement, they feel like they have very different heights in the hand since the Yeti actually gets shorter toward the center of the disc. Also, the Dagger has a flatter top that maintains its height for most of the surface area of the disc. The Dagger is known for being a tall “deep dish” putter because it feels especially tall and deep on the bottom.
This difference in flight plates is what makes this match so intriguing to me–How much does the concaveness of the Yeti take away some of its glide and how much more glide does such a tall deep dish disc like the Dagger have? These discs are so similar in stability and specs, but they are rated to glide so differently because of their flight plates. 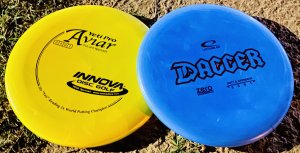 For more info on the format and scoring system I used to test these putters against each other, be sure to check out our main World Series of Putters post.
I conducted today’s match on a clear evening at a local disc golf course on a permanent Innova Discatcher basket. There was little to no wind or weather throughout the match. After warming up with both discs, a coin flip determined that the Latitude 64 Dagger would go first on the first set of putts. Here is how it all played out:

This one stayed close until the last two rounds where the Dagger went 4/8 from 30ft plus while the Yeti just went 1/8. These 18 points were exactly the difference as the 9 seed Latitude 64 Dagger defeated the 8 seed Innova Yeti Pro Aviar 54 to 36. 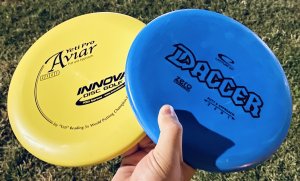 After warming up, I really thought this match could go either way. I’ve expressed before that I generally prefer taller discs, but I’ve used the Dagger a bit before and thought it might be too tall and too much of a handful for me. But I also knew it would probably have an advantage due to the increased glide.
Though the Dagger came out victorious, I still feel like the glide advantage had a minimal impact on the match as a whole. However, I did take note that the final two 30ft putts with the Yeti Pro Aviar came up just barely short off the front rim. Both were putts that I’m pretty sure would have gone in with the Dagger. These two putts didn’t decide the whole match, but it is something worth recognizing.
As for the feel of the concave Yeti, it is a bit different, but I didn’t think it was too hard to get used to. I also liked the feel of the Yeti Pro plastic more than the Zero Medium plastic.
As I mentioned, the Dagger separated itself from the Yeti down the stretch in the match, and while I try not to pay attention to scores while performing these tests, I think that maybe the reason the Dagger performed better is the push putt and increased glide the Dagger calls for is just a bit more forgiving. Everyone putts a little differently, so some might disagree, but I think more can go wrong when you try to put more spin on a putt because of all the moving parts. The swinging hinge motion of a push putt stays the same for the most part.
So as the match went on for longer and I got a little more tired, maybe I was able to just stay more consistent with the form when using the Dagger than with the Yeti.

Both putters are nice, but I do think I’d consistently have to pick the Dagger over the Yeti Pro Aviar. Though for me, I’d prefer to use a Retro or Zero Hard Dagger so I can have a firmer grip.
So far in the World Series of Putters, both 12 seeds have upset the 5 seeds. Will that trend continue tomorrow? We’ll find out as the 5 seed Lone Star Armadillo takes on the 12 seed Discmania Sensei. See you there!
5/5 - (13 votes) 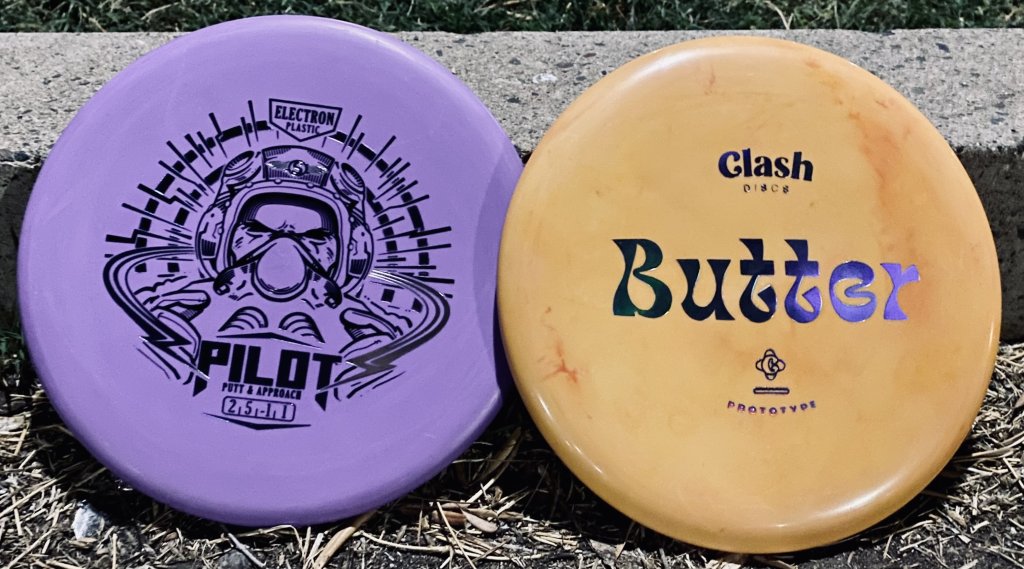