The story behind Wing-It is kind of different than most new disc golf companies. The company is owned by two brothers who are science teachers. They both recently began playing disc golf and describe themselves as “recreational players.”

With a love of science, and a desire to start a business they could focus on during their down time during summer; they formed their own disc golf company — Wing-It Disc Golf. The name is a play on words describing the “wing” or outer rim of a golf disc, and their “winging it” or making things up as they create a disc golf company.  They contracted with a local plastic company that specializes in medical parts to manufacture the discs they would create.

It turns out that the process of making and perfecting a disc golf disc took a lot more time than just the summer. After a full year, they are just now releasing their first disc, the Stratosphere, which can be purchased here at Infinite Discs.

The Wing-It brothers started out by designing and developing their own disc golf disc in spring of 2021. They have documented the different steps along the way on Facebook and on their blog. This blog is very fascinating, and taught me a lot about the details of disc molds, plastic variations, and the disc manufacturing process. They go over the process from designing the mold, creating 3D prototypes, selecting plastic types, adjusting the injection mold machine to eliminate errors, getting discs the proper weight and more. If you’re curious about the disc golf manufacturing process, I highly recommend checking their blog out.

Well, after nearly a year, their scientific method of testing, improving, trial and error, adjusting, and tweaking, has paid off. They have created what I consider an excellent looking and pretty good flying disc. 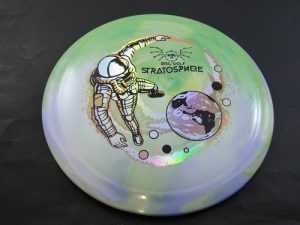 The Stratosphere is an understable Fairway driver similar to an Innova Valkyrie or a Roadrunner. It almost seems faster than these comparable discs, but maybe doesn’t have quite as much glide. It does seem to go just as far with an equally powered throw. This is not a disc that you will likely ever see a pro throwing (except for maybe as a roller disc), but it is a great disc that will have a bag spot for most disc golfers.

My first time throwing the Stratosphere I absolutely loved it. On a hyzer flip throw the Stratosphere would flip up, glide to the right a bit and gradually fade back to straight. It was really easy to throw and didn’t require full power throws to get more than 300 feet of distance on a mostly straight flight path.

The plastic feels very similar to Innova star plastic. It is rather flexible and has excellent grip. I’ve wacked quite a few trees with my Stratosphere and it also seems to be very durable.

My second day throwing the Stratosphere was quite windy, and I wasn’t quite as in love with the flight as before. This disc is definitely not designed for headwinds and turns over very easily. But on calm days, this disc is money and I plan to keep it in my bag for upcoming tournaments.

The Stratosphere isn’t anything revolutionary. It doesn’t fill a spot in my bag that other discs can’t already do. Where the Stratosphere really stands out is in the aesthetics. These discs are stunningly beautiful. Wing-it has really done a good job of mixing in colors to create swirls. Every single disc is unique, and it’s almost as if they have all received a custom dye job. Many of the discs have what looks like a Phoenix rising from the ashes. Here are a few of the Stratospheres currently listed on their website.

Wing-It is planning on creating a mid-range mold, but future expansion will depend primarily on the success of the Stratosphere. They say that creating the mold was “very expensive.”  The brothers are not rich by any means. They are teachers by trade and while they have free time during summers to grow the business, they don’t have large cash reserves to invest in a full line of golf discs right now. For now, they are just “winging it” one step at a time.

If you are interested in learning about the disc golf manufacturing process, like trying new discs, like beautiful discs, or supporting small business US companies, check out Wing-It Disc golf and buy a Stratosphere today. 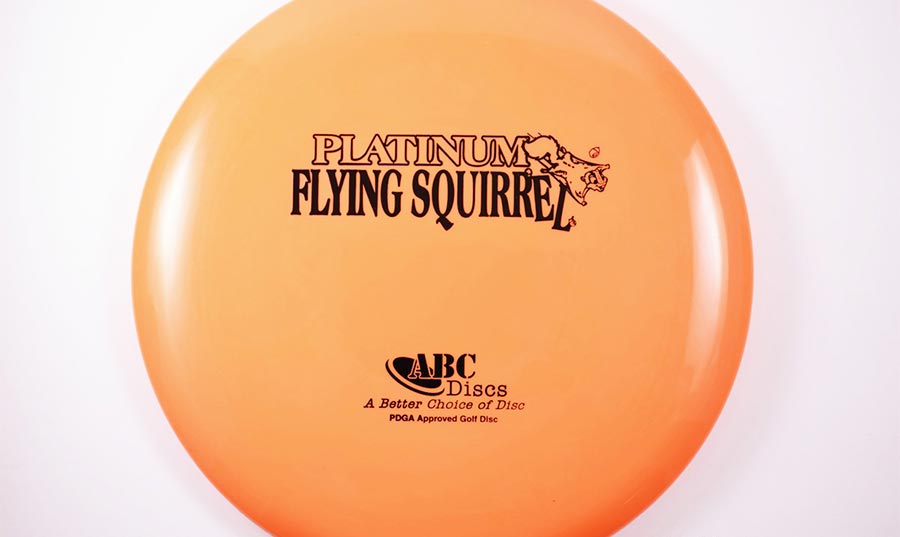 ABC is a small disc manufacturer out of Sycamore Illinois. They currently sell six different discs, three drivers, two midrange discs, and a putter. I…