I’m writing this review of the Medusa now because it may be some time before I get to use one again. While using the Medusa as my primary driver for a round of league play at the Cache County fairgrounds, I had one bad throw on the 18th hole and this fine disc is no longer in my possession.

My Medusa didn’t get stuck on a pavilion roof because it’s a hard to control driver, but the contrary. This is a great driver, because I feel so much control with it, I chose to use it during league play where money was on the line. My Medusa is on a roof because I made a very lazy throw.

The disc golf course at the Cache County fairgrounds is filled with narrow alleys of tall overhanging trees. The best way to overcome such obstacles is with low straight flying shots. The Medusa is about as good as it gets in terms of drivers that can handle these shots.

There are many straight flying disc golf discs, but there is only one Skyquest Premium plastic. Skyquest Premium plastic is a soft, almost rubbery blend that provides the ultimate grip. It’s this great grip that allows me to feel more control and more power when I throw the Medusa compared with other golf discs. I can hold onto the Medusa until exactly the right point for optimal snap.

This plastic is also very durable, so when you throw it right at a tree 50 feet in front of you, it doesn’t sustain noticeable damage.

The Skyquest Medusa is fast disc with a substantial amount of high speed turn and a moderate amount of low speed fade. For my power, it flys like an understable disc. Using Innova’s ratings, the Medusa would probably be rated something like 11/5/-2/2. When I throw this disc at a slight anhyzer angle, it will usually hold this angle, and turn slightly to the right all the way until it hits the ground. When thrown flat it flys long and straight and then has a minimal fade at the end of the flight.

In the backhand distance test throws I did with the Medusa, it ranked 3rd for me compared with with 29 other disc golf drivers. And while there are other drivers that I can consistently throw farther, this is the disc I feel more control with, especially for line drive shots through trees.

The Medusa is a thin, low profile disc that is just 1.5cm thick. It’s diameter is an average 22.1 cm. The rim of the Medusa is just the right size at a slightly larger than average at 2.1cm wide.

Cons of the Medusa

While this is an awesome disc, it does have a couple of cons. The understableness of the Medusa makes it hard to accurately use for forehand throws. For me, this is a backhand driver only. The second con has nothing to do with its flight path, but with it’s appearance; I’m not a fan of the artwork. I’m a family guy with high moral standards, and the picture of Medusa is quite provocative. To help make this a G-rated disc I had to use a magic marker to give her more clothes. For most disc golfers, this is a non issue.

If you want a great backhand control driver, I highly recommend the Medusa. This is a great first high speed driver for beginners and intermediate players.

Have you used the Medusa, what do you like or dislike about it, and how would you rate it? 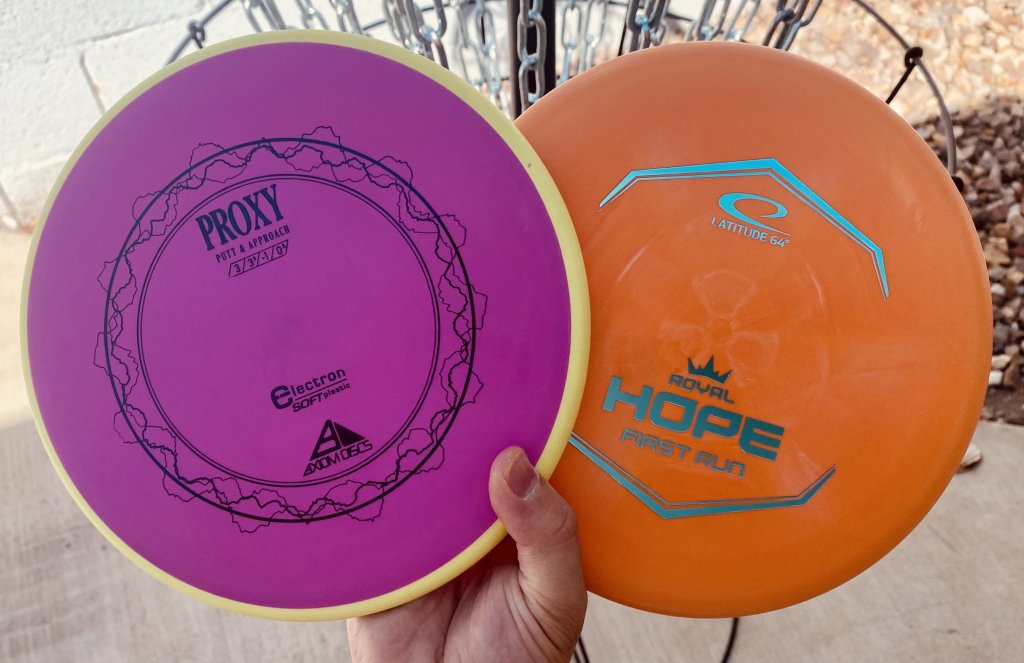 We are back with more action from the Disc Golf Reviewer World Series of Putters! Today’s matchup comes from the Alpaca Region of the bracket…