Today we continue our search for the best putter in the world with the Disc Golf Reviewer World Series of Putters, which is a project where every day I test two putter molds against each other on the putting green in a head-to-head competition and then post about my experience and the results. For today’s match we are in the Aviar Region of the bracket where the 8 seed Lone Star Penny Putter is taking on the 9 seed Discmania Link. Let’s start by getting to know each disc a little better. 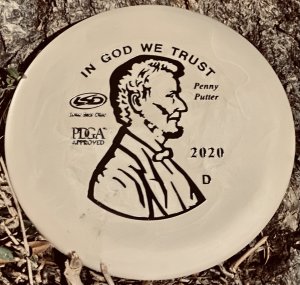 The Penny Putter is another great putter mold available from the new and very popular manufacturer Lone Star Disc. The Penny Putter is a moderately tall putter that features a rounded rim with a beadless finish on the bottom. It’s shape and feel remind me of The Gateway Voodoo just without the microbead.

The Penny Putter also features one of my favorite stamp designs. It features the profile of Abraham Lincoln to mimic the look of a US penny. The stamp isn’t flashy, but it is classy and memorable.

Today I used a Victor 2, or V2, Penny Putter. V2 is Lone Star Disc’s stiffer version of their Victor plastic blend. It is a nice grippy plastic blend that is perfect for the putting green. 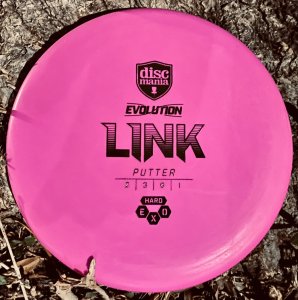 The Link is a moderately tall beaded putter with a smooth flat top along the bottom. I think it looks and feels like a less blunt edged version of the Latitude 64 Dagger. It has a floaty flight that is straight before having a reliable soft fade at the end.

Other than the diameter, these discs are nearly identical to each other on the specs. This match actually echoes yesterday’s match between the Innova Aviar and the DGA Steady. Like that match, we have two nearly identical discs in flight, but one of them is beaded and one of them is beadless.
However, the beadless rim on the Penny Putter feels a bit different than the beadless rim on the Aviar. This is because of the Penny Putter’s more rounded rim while the Aviar features a slightly more beveled edge on the bottom half of the rim. This makes the Aviar feel like it has more of a lip along the bottom, while the Penny Putter’s bottom feels much flatter and smooth.
I’ve said before to not pay much attention to flight numbers when comparing two similar discs, but it is interesting to me that the Penny Putter is rated to be a touch more overstable than the Link because usually beaded putters tend to be a bit more overstable than their beadless counterparts. On the putting green at least, I did not notice any difference in stability between these two putters.
I will also say I was surprised to see that both of these putters measure at just 1.9cm for their height, as they both feel taller than that in my hand. I also think the Link feels taller than the Penny Putter, but I think that goes back to how the bead feels in the hand. 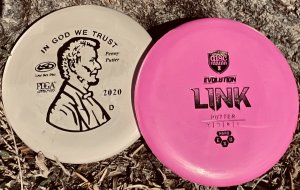 For more info on the format and scoring system I used to test these putters against each other, be sure to check out our main World Series of Putters post.
I conducted today’s match on a beautiful evening at a local disc golf course on a permanent Innova Discatcher basket. After warming up with both discs, a coin flip determined that the Discmania Link would go first on the first set of putts. Here is how it all played out:

We have a new high score record in the World Series of Putters as the 9 seed Discmania Link only missed 9 total putts on its way to victory over the 8 seed Lone Star Penny Putter with a score of 80 to 58. 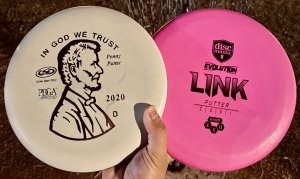 It was a really nice night of putting for me with both putters. The DGA Steady won yesterday’s match with a 58, but it wasn’t close to enough for the Penny Putter tonight.
The difference maker on the scoreboard was the Link connecting on 5 40ft putts. This is the best I’ve done so far from that range, and I credit the predictable stability and grip that the Link provided, as well as me just feeling as confident as I have at any point during this project for this match.
I hesitate to claim that the bead was a difference maker considering how similar beaded putters haven’t seemed to benefit in the same way during this match, but I also think that the rim shape was more conducive for a consistent release from distance. The Penny Putter was great all around, but I do think that the smoother bottom of the rim led to a slightly less consistent grip during the match.
Whatever the exact reason was, the Discmania Link put up the highest score in the entire tournament so far and will be moving on to face the DGA Steady in the second round.

The Lone Star Disc Penny Putter and the Discmania Link are two great putters that I really enjoyed and would have no hesitation recommending to anyone. If I had to choose between the two, I would need to go with the beaded putter and the one that I did the best with, the Discmania Link.
Tomorrow round one in the Aviar region continues with another battle between a beadless and a beaded putter. The 5 seed Dynamic Discs Warden will take on the 12 seed RPM Ruru. 12 seeds are undefeated in the tournament so far. Will that trend continue tomorrow? Be sure to check back and find out!
5/5 - (5 votes) 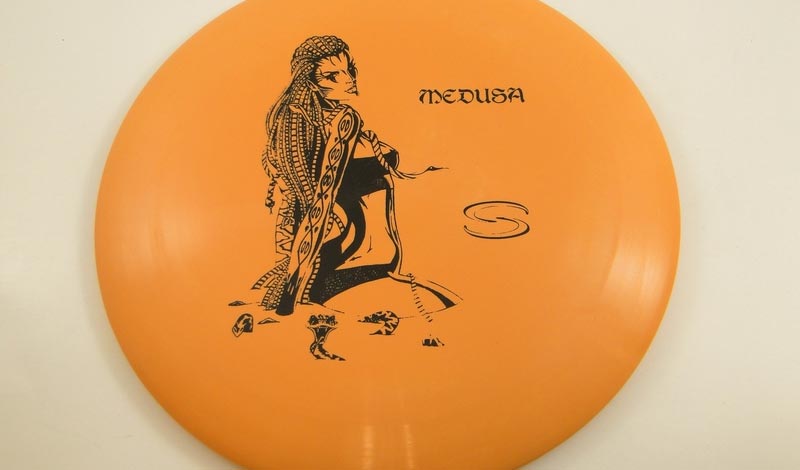 I’m writing this review of the Medusa now because it may be some time before I get to use one again. While using the Medusa… 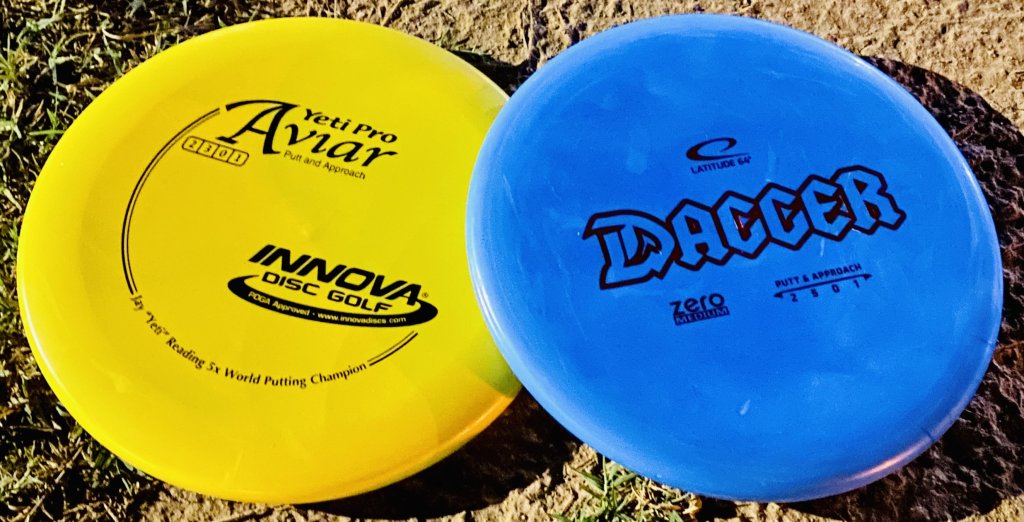 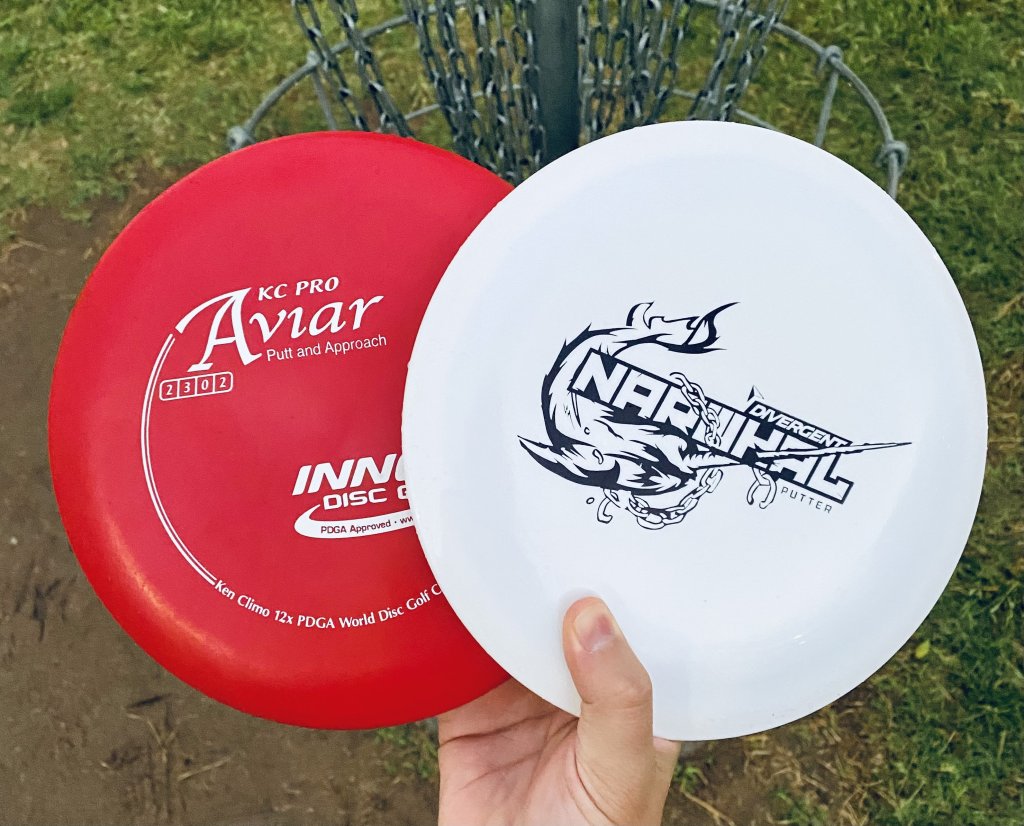