Thought Space Athletics just released the latest addition to their already impressive lineup of discs, the Ethos Construct. The Construct is a 10-speed driver that will initially be released exclusively in Ethos plastic. I was fortunate enough to get the chance to test this disc out before the release. Here is my review!

If it has the Thought Space Athletics name on it, you already know it is going to have a stunning 3-color foil stamp, and the Construct is no exception. TSA has done a fabulous job maintaining a consistent aesthetic with stamp designs that are elegant and flashy. The Ethos Construct stamp maybe isn’t my favorite of the TSA stamps, but the menacing grin is eye catching, and it feels on par for the brand.

The Ethos plastic has a nice translucent flight plate with a bit of smokiness in the rim that just looks really clean in my opinion. The Ethos Constructs I’ve seen so far are a nice bright color as well which is a nice bonus for when you are looking for your disc after throwing it.

The Ethos Construct’s 10-speed rim feels comfortable in the hand. It has a pretty flat flight plate that has a little bit of flexibility to it, though I wouldn’t call it gummy at all.

Thought Space Athletics’ discs are manufactured by MVP (though they haven’t publicly acknowledged this), and the Ethos plastic blend is comparable to MVP/Axiom’s Proton plastic.

The flight numbers that Thought Space Athletics has assigned to the Construct are Speed: 10, Glide: 5, Turn: -1, Fade: 2. I found the flight to be pretty true to these flight numbers, though I’d maybe give it a -0.5 or maybe even a 0 turn rating.

When released with a slight hyzer, it stands up to straight and holds straight throughout the flight before finishing with a soft fade. I thought the disc held up very well to the torque I put on it and so far I’ve never been concerned about turning it over too far in the flight. In fact, that lack of turn is one of my favorite qualities for the Construct.

I’m already bagging an Infinite Discs Dynasty, which is a 9-speed with similar flight numbers, so I didn’t think I’d have much use for the TSA Construct. However, a little bit of wind picked up during one of my rounds, and I found myself turning to the slightly higher speed of the Construct over the Dynasty because I trusted it to be more stable in the breeze.

The Ethos Construct is a really nice addition to the Thought Space Athletics’ lineup of discs. I plan to keep it in my bag over the next few weeks for long straight shots that I can trust to hold straight even in some wind. I think beginners and more experienced players alike should be able to find a spot in their bags for the Construct. If you haven’t tried out Thought Space Athletics yet, consider giving the Ethos Construct a try. 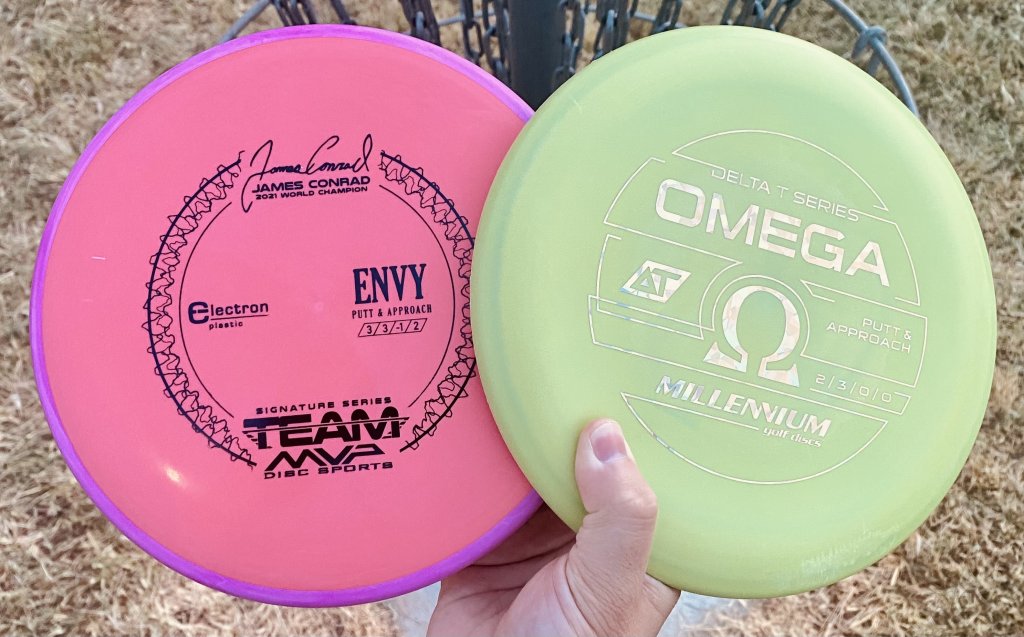