Today, we continue our search for the best putter in the world in the Disc Golf Reviewer World Series of Putters. This is an NCAA basketball style tournament and project where every day I test two putter molds against each other on the putting green in a head-to-head competition. I then post here about my experience and the results.

We are getting close to the end of the first round as today we are in the bottom half of the Aviar region. The 3 seed Prodigy PA-3 is taking on the 14 seed Yikun Claws. Let’s start by taking a closer look at these discs. 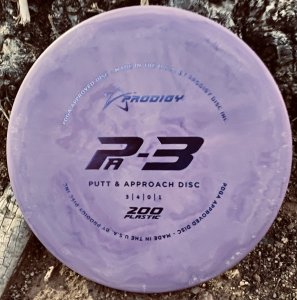 The PA-3 is part of the original line of putters from Prodigy Disc, and the PA-3 has consistently been one of their top selling discs. In the original Prodigy line, the names of the discs indicate their stability. The lower the number, the more overstable, the higher the number, the more understable. The PA-3 falls right in the middle and is a straight flyer with a slightly overstable finish.

The PA-3 is a beaded rim putter that features a flat top and a relatively thick rim. Its height and shape are similar to that of the Dynamic Discs Judge.

For today’s test I used the 200 PA-3. 200 is the basest level of plastic in the Prodigy original lineup. It is a true putter plastic that has a nice somewhat chalky grip. It has a decent amount of flexibility, but it also doesn’t feel overly soft in the hand. 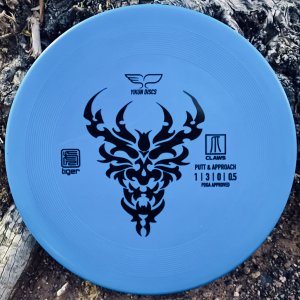 Like all of the Yikun putters we’ve been testing in the World Series of Putters, the Claws has a pretty unique design. It has a flat top and blunt edge giving it a flat shape all around.

Putters with this shape are sometimes called “lid putters.” The Claws looks almost exactly like an Innova Polecat but it also has grooves around the top for thumb grip similar to the ones featured on the DGA Blowfly 2.

The Yikun Claws is a very straight flying slow putter. It has very little fade at the end of the flight.

Tonight, I putted with the Tiger Claws (sounds cool, right?). Tiger is Yikun’s base putter plastic that is grippy and moderately flexible.

The specs don’t really show the difference between these two putters as clearly as the pictures do. The large difference in their inside rim diameter and rim depth is where you see the “lid” shape of the Claws. Though they have the same height technically, the blunt rim and larger rim depth make the Claws feel much taller. 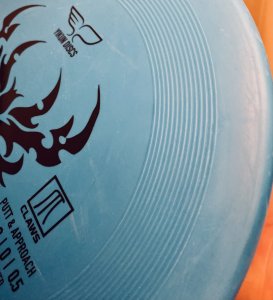 And while I usually talk about taller discs having more glide, the slow speed caused by the blunt rim on the Claws really kills the disc’s ability to float and glide in the air. I also usually talk about how manufacturer assigned flight numbers (especially glide) are inconsistent and shouldn’t be trusted, I think the PA-3 being rated with twice as much glide as the Claws feels accurate to me.
But I’m not letting the flight numbers off that easily. It is usually difficult to see a big difference in stability on the putting green because of how short and slow the throws are, but I thought the PA-3 had a pretty strong fade that I had to account for with each throw. I was very surprised to see the flight numbers give the disc a 1 fade rating rather than a 2, but again, flight numbers should hold very little weight when you are deciding between discs.
I have always thought the PA-3 has a pretty unique feel for a beaded putter. Its flat rim carries out to the edge of the disc pretty far before the disc begins to curve into the rim. It’s hard to call the PA-3’s rim blunt when comparing it to the Claws, but for a more traditionally shaped putter it does have more of a blunt edge that makes the rim feel a bit bigger in the hand. 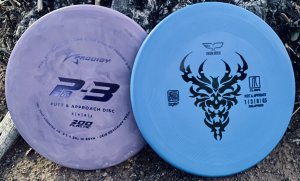 For more info on the format and scoring system I used to test these putters against each other, be sure to check out our main World Series of Putters post.
I conducted today’s match on a cool evening at a local disc golf course on a permanent Innova Discatcher basket under a streetlight. There was a touch of crosswind that came through off and on throughout the match. After warming up with both discs, a coin flip determined that the Prodigy PA-3 would go first on the first set of putts. Here is how it all played out:

Things started out a bit shaky for it, but the 3 seed Prodigy PA-3 was able to put up a solid number in the windiest match to be conducted so far and knock out the 14 seed Yikun Claws with a final score of 46 to 24. 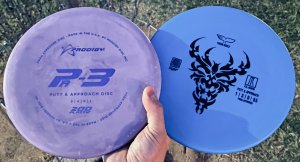 There was a touch of wind tonight, which has thankfully not been the norm so far. I think the wind may have brought down the overall scores for both discs a bit, but I actually think it hurt the PA-3 the most.
Like I did with the Polecat, I committed to a faster spin putt form for the Claws in order to try to get a reliably straight and long enough flight. Meanwhile I kept my usual “spush” putt form with the PA-3. I mentioned above that I felt like the PA-3 putter faded harder than I expected. I stand by that, but I also think the crosswind got a hold of it a few times and made it fade even harder. Meanwhile, the flat spin putt I was putting on the Claws seemed to not get as much movement left or right from the wind, though I do think I got the nose up on a few that the wind helped make sure it stayed up to hit the top band.
This is the worst I’ve done with a “lid” shaped putter so far, and I’m really not sure why this result for the Claws was worse than the others. I didn’t feel like the grooves around the top of the disc had much of an impact on the disc’s performance in either direction, good or bad. Like the other lid putters, the Claws was kind of fun to throw and see it hold such a straight line, but I never felt super confident in it, and with its lower speed I especially lost confidence with it the further away from the basket I got.

The PA-3 would be the choice for me if I had to choose between these two putters. The 200 plastic feels nice, but I think I’d prefer and recommend the stiffer and slightly more durable 350G PA-3.
Tomorrow we will have one of the final two matches of the first round of the World Series of Putters. In the Aviar region, the 7 seed Discraft Banger GT will be facing off against the 10 seed Birdie Marvel.
5/5 - (3 votes) 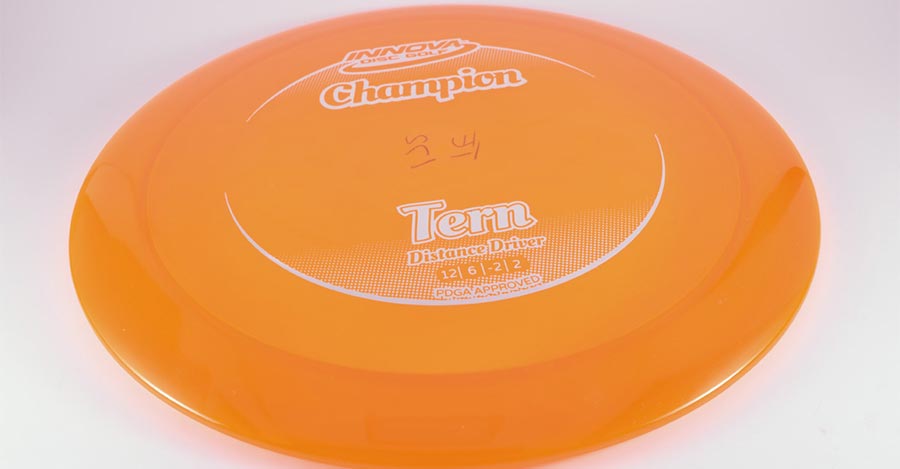 The Innova Tern is a high speed driver with a strong “turn” rating (hence the name, only spelled differently). This disc should has incredible glide,… 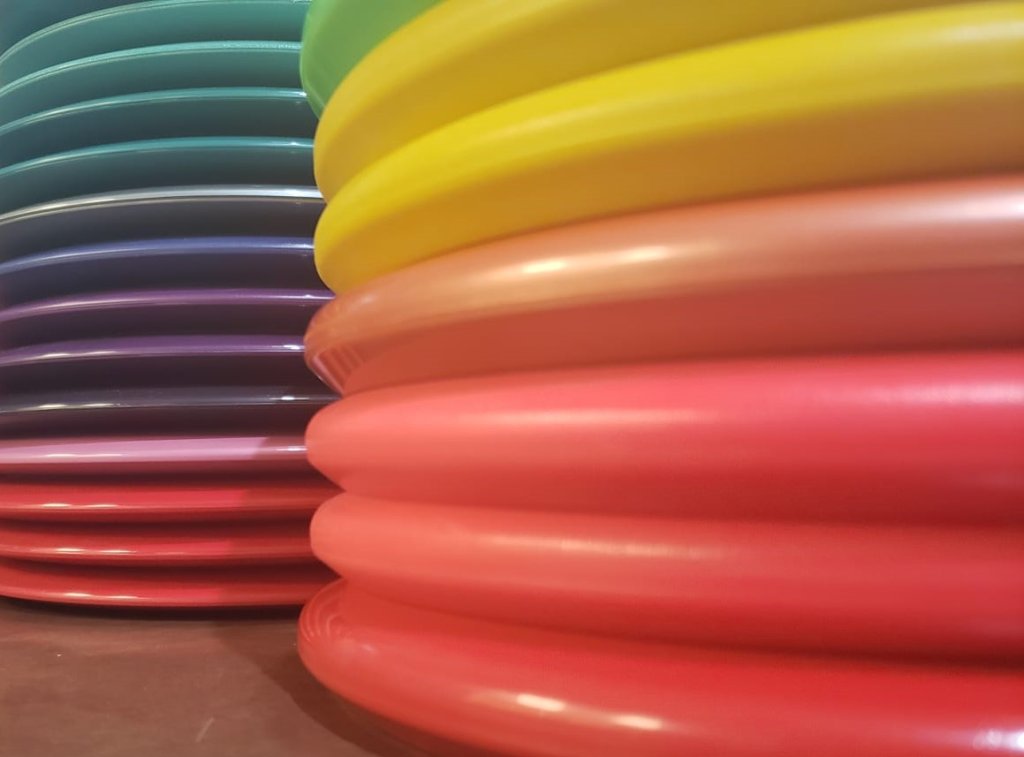 The weather is starting to cool off and so is the disc golf tournament season! The dreaded “off-season” of disc golf is just around the…

Continuing on this series of discs that throw similar to each other, we will look at what throws similar to the Teebird. The Teebird is…