The putter matchups keep on rolling! We are back in the second round of the Envy region of the Disc Golf Reviewer World Series of Putters. We are searching for the best putter in the world and hoping to provide the disc golf community with a plethora of information along the way to help everyone decide what putter is right for them. This is an NCAA basketball style tournament and project where every day I test two putter molds against each other on the putting green in a head-to-head competition before posting here about my experience and the results.

In today’s match we have a couple of relatively new putters going head-to-head. It is the 7 seed Prodigy P Model S taking on the 15 seed Doomsday Bleak. In the first round, the P Model S took down the Innova Polecat 53 to 49, and the Doomsday Bleak pulled off the big upset against the Dynamic Discs Judge with a score of 54 to 50. 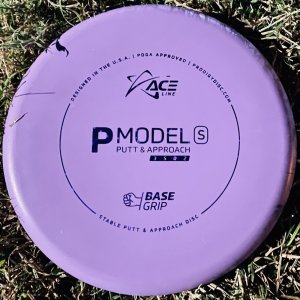 The P Model S has a surprisingly flat flight plate across the top of the disc. It actually reminds me of a smaller bead and slightly shorter Prodigy PA3, which is one of the top selling molds in Prodigy’s main lineup that’s made in Georgia, USA. The P Model S is part of Prodigy’s Ace Line. These discs are made in China by Yikun Discs and are designed to be a lower cost and beginner friendly option.

I mentioned this as well in the P Model US second round match, but the Base Grip plastic blend P Model S is surprisingly stiff and smooth when compared to other Yikun made plastics. 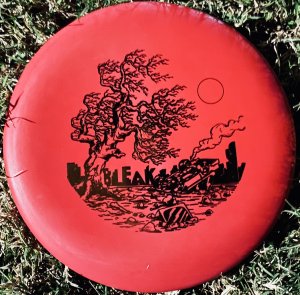 I don’t know that there was a distinct feature or quality of this putter that was particularly surprising for me. Perhaps that is the most surprising thing about this disc considering it is made by Doomsday Discs, which is a new company building its brand around really unique molds like the Landmine or the Frag.

Instead, the Bleak is a tall beadless putter with a shape similar to putters like the Infinite Discs Alpaca or the Discmania P2. And while I have never loved the Dynamic Discs Judge, the 15 seed Bleak’s first round victory was a surprise as well.

For our match today we are using the Ration Bleak. Ration plastic is a moderately soft putter plastic blend.

I think one of the major differences between these two discs for me is their rim shape. Not only is the P Model S beaded while the Bleak is beadless, but they have quite different shapes around the outside of the rim. The P Model S has a blunter edge and from that edge it cuts down in a straight line to bead at the bottom of the disc. The Bleak has a sharper cut inward from the edge of the disc down to the bottom.
Another significant difference is how flat the top of the P Model S is and how much of the diameter of the disc it stays flat for before finally beginning to curve down to make the shape of the rim.
We’ve talked about height quite a bit throughout this series, so forgive me if you’ve already heard me say this. A .2cm difference in height doesn’t sound like much, but it is a very significant difference that is quite noticeable both in grip and usually in how the discs fly.
These three differences, rim shape, flat top, and height, combine to make these have a very different feel when you are gripping them despite them both being shaped like your pretty average putting putter. 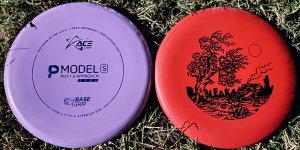 For more info on the format and scoring system I used to test these putters against each other, be sure to check out our main World Series of Putters post.
I conducted this match on a clear evening under a bright full moon and a conveniently placed streetlight at my local disc golf course on a permanent Innova Discatcher basket. After warming up, I flipped a coin to see which putter would be thrown first for the first round of putts, and it was the P Model S. Here is how it all played out:

The P Model S took care of business pretty handily with this one. The 7 seed Prodigy P Model S is moving on to the round of 16 after defeating the 15 seed Doomsday Bleak 63 to 43. 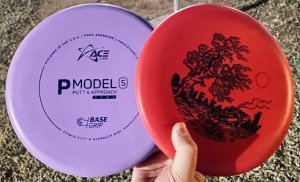 This one I think just came down to how the disc felt in the hand for me. I think the rim shape combined with the softer feel of the Ration plastic blend combined to just impact my confidence in my release throughout the match. I think the Bleak is a solid putter option, but similar to how I feel about the high-quality and very popular disc it eliminated in the first round, there is just something about how the shape of the rim interacts with my hand that just makes me feel like I can’t ever get a consistent release with it.
That’s not to say I love the feel of the Prodigy P Model S either. I don’t love how the flat top feels, and it has a smaller bead that feels pretty prominent. If you’ve been hesitant to commit to a beaded putter because you don’t like how they feel, this isn’t the putter to use to give beads another shot because it will probably confirm your dislike of the feel of a bead.
But I think the Base Grip plastic blend was a big advantage for the P Model S. I think I’d prefer a plastic blend with a little more tackiness, but I do love how stiff the plastic feels.

Even though there is a pretty wide margin on the scoreboard, choosing one to recommend still feels like a bit of a toss-up because I know the Bleak could be a really solid option for someone else beside me. Another nice thing about both of these discs is they are both a price conscious option. Both discs are priced at $7.99 at Infinite Discs right now, which is more than half the price of a lot of the putters in this series so far. So both are solid options worth trying out. If you want to be different and try something brand new, go with the Doomsday Bleak. If you want to try out a really stiff plastic blend on a beaded putter, without breaking the bank, choose the Prodigy P Model S.
This match finishes up the second round in the Envy region. We move back across the bracket to the Aviar region tomorrow where the highest scoring disc in the first round, 9 seed Discmania Link, is taking on the lowest seeded disc to make it out of the first round, the 16 seed DGA Steady. Come back tomorrow to get the results!
5/5 - (1 vote) 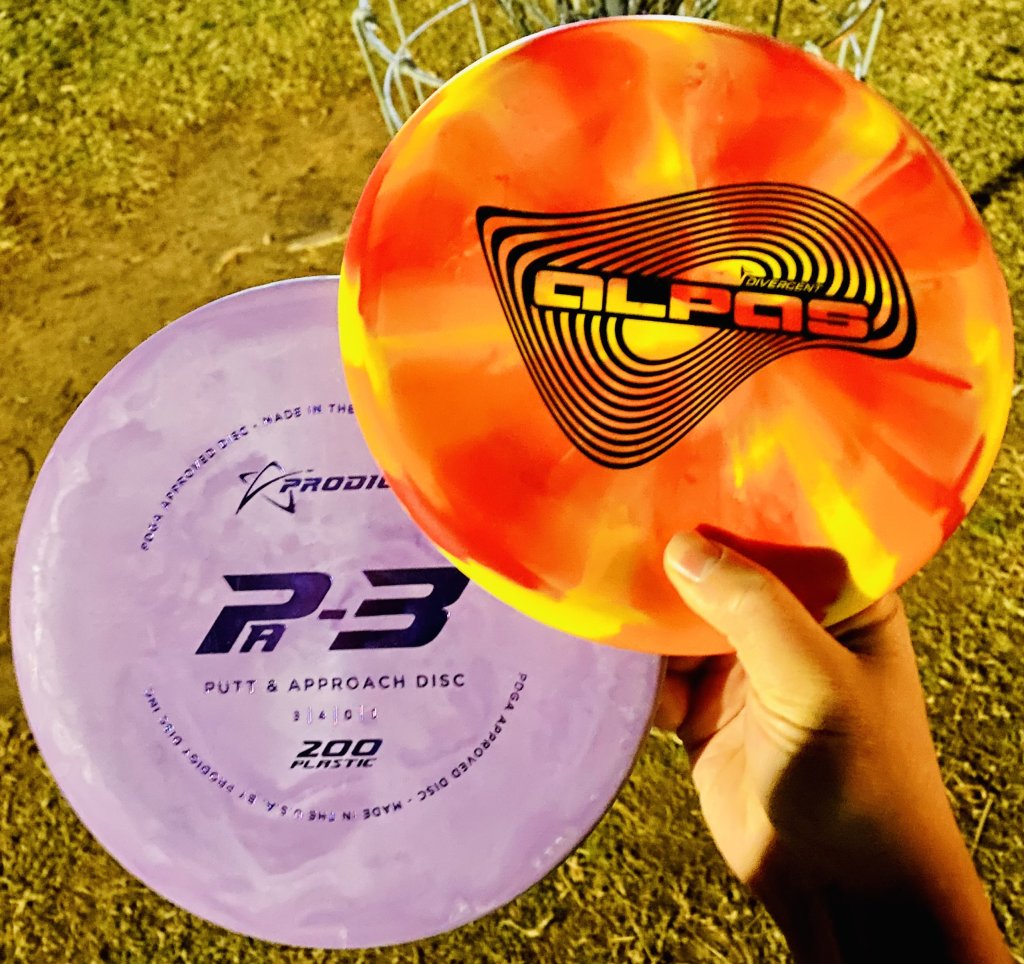 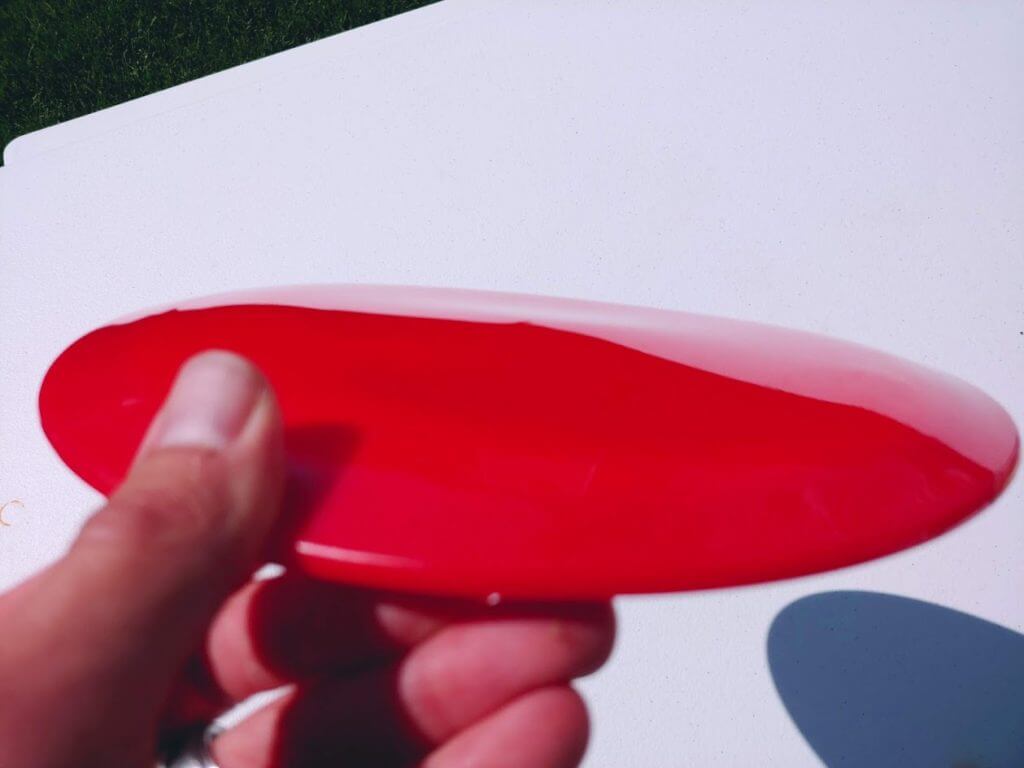 Because they are made of soft bendable plastic, disc golf discs can get bent and even warp. Discs often warp sitting in your car, in… 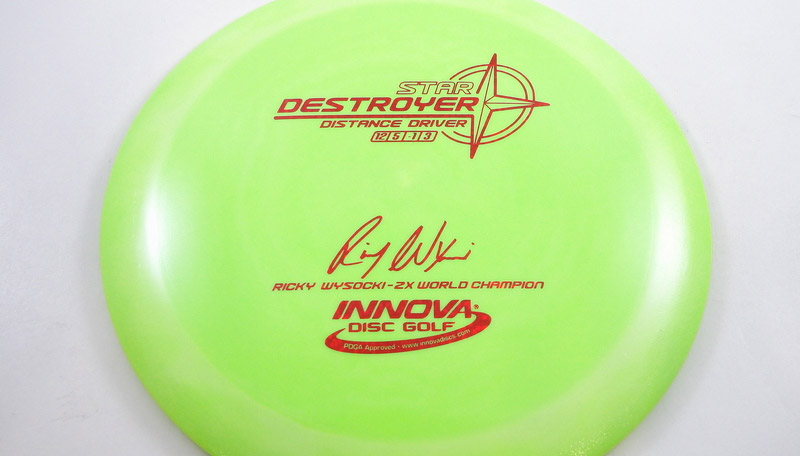