The Disc Golf Reviewer World Series of Putters keeps on rolling with a new article every day where I test two putter molds against one another on the putting green in a head-to-head competition. For today’s match we’re in the first round of the P2 Region where I’ve tested the 6 seed Viking Rune against the 11 seed Westside Crown. Before we get to the results, let’s get to know each disc a bit better. 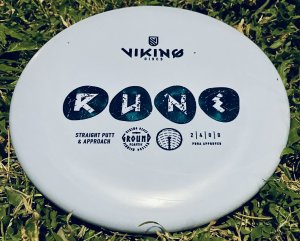 The Viking Rune is the one of the two putters in Viking’s lineup of discs (we tested the more overstable Knife in an earlier match for the World Series of Putters as well). The Rune is the more popular of the two putters, as it has become an especially reliable choice for a driving and approach putter due to its extremely straight and stable flight.

Unlike most stable flying putters, the Rune features a big bead along the bottom of the rim. While the bead on most putters helps it to begin its fade sooner, the rim on the Rune seems to help it hold straight for longer and resist both turn and fade for longer.

For today’s testing and match I used a Ground Rune. Ground is Vikings base plastic blend that is soft and grippy with a good amount of flexibility. 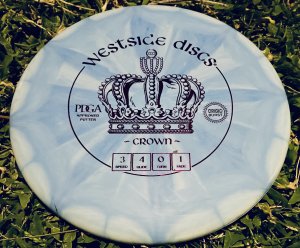 The Westside Crown was released about 5 years ago, and while it has never been the top selling putter in the world, it has developed a good reputation among Trilogy fans as a reliable option from the putting green or from the tee.

The Crown is a moderately tall beaded putter that features a pretty flat top of the flight plate. In my hand I thought it felt like a slightly shorter and flatter version of the Gateway Wizard or the Innova KC Pro Aviar.

Today I tested an Origio Burst Crown. Origio is Westside’s most “base” and economical plastic blend in their lineup. The Burst versions of Origio and their BT plastic blends feature bright colors with multiple shades “bursting” from the center of the disc. They are the same plastic and durability as the non-burst versions, but they look prettier.

These two discs are pretty similar when we look at the specs beside their rim depth. Rim depth measures the distance between the bottom of the rim and where the inside of the rim meets the bottom of the flight plate. So a bigger rim depth might be a reason a disc feels a bit taller in the hand. This was the case for me with the Viking Rune–it has .2cm more rim depth than the Westside Crown, and I did think it felt a touch taller and that I needed a bigger grip on it when I was throwing both discs together.
Another significant difference is the stability of each disc. Even on the shorter shots on the putting green, I found that the Rune was more resistant to fading at the end of its flight than the Westside Crown was. All discs fade eventually if you get enough air under them and throw them at a slower speed, and the Rune did fade while I was testing it, but it was a very soft fade compared to the Crown.
While both these plastic blends are the most base and inexpensive plastic blends available from their respective manufacturers (both discs sell for less than $10 a pop), they felt quite different from each other. They both have that certain tackiness and grip that is standard for traditional putter plastics, but the Ground Rune had quite a bit more flexibility to it than the Origio Burst Crown. The Origio Burst Crown is pretty stiff, and I’d even go so far as to say the Ground Rune felt a bit gummy in the hand. There are definitely softer and gummier putter plastics out there, but Ground plastic is very soft.

For more info on the format and scoring system I used to test these putters against each other, be sure to check out our main World Series of Putters post.
I conducted this match later in the evening at a local disc golf course on a permanent Innova Discatcher basket. There were just a few baby rain drops that fell throughout the match, but nothing that compromised my grip or approach on each putt. After my warm up, a coin flip determined that the Viking Rune would go first on the first set of putts. Here is how it all played out:

With what I think is the highest single round score of the World Series of Putters so far, The 11 seed Westside Crown send the 6 seed Viking Rune packing with a final score of 67 to 27. 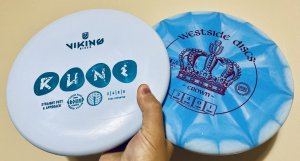 First of all, this match is a prime example of the why the seedings in this competition really mean nothing. Anybody who has thrown the Westside Crown would tell you it is a quality putter. It just hasn’t been a great seller over the years, and so an 11 seed is where it just happened to fall as we were putting the bracket together.
Second, it’s probably too early to call the Origio Burst Westside Crown my new go to putter, but wow! Immediately I was digging the plastic blend, disc shape, disc flight–everything just felt right with this disc. I already mentioned I thought it was similar to the Wizard, and that’s a disc I putted with for years, so maybe the Crown was just able to benefit from years of muscle memory. Whatever it was, it was working and I’m curious to see if that stellar performance repeats itself in the next round.
What also made my performance with the Westside Crown so stunning is how much worse I was doing with the Rune at the same time. I attribute this disparity primarily to the two different plastic blends. Like I already mentioned, The Ground Rune had a lot more give to it when gripping it than the Origio Burst Crown. One reason I prefer stiffer plastics for my putters is that I like to take a pretty tight grip, and if I can feel the plastic giving way too much in my fingertips I worry it creates more contact points with my skin which just means there are more chances for variance when the disc is released.
I think this is proving especially true on the shorter 20ft putts. I scored my first perfect 10/10 with the Crown while simultaneously putting up one of my worst performances from that distance with the Rune. At shorter distances, I’m relying so much on a clean release, and the firmer plastics seem to be providing that so far.
I was also surprised after my recent successes with more understable molds like the Fierce and the Zeal that I did so poorly with the very straight flying Rune. Again, I think this traces back to the plastic blends, as the Fierce and the Zeal were in very firm plastic blends. So perhaps for my putting style, maybe plastic type is more important than stability? Hopefully all this time putting will tell by the end of the World Series of Putters!

The Viking Rune is an excellent choice for an approach disc or a driving putter, but I’d be more likely to recommend the Westside Crown for your putting putter needs. I’m starting to think the Crown could be my pick for the most underrated putter on the market right now.
Thank you for reading another review and following along on this World Series of Putters project. Be sure to check back tomorrow as we will have another article to share. Tomorrow in the P2 bracket the Latitude 64 Pure takes on the very unique DGA Blowfly 2. See you there!
5/5 - (4 votes) 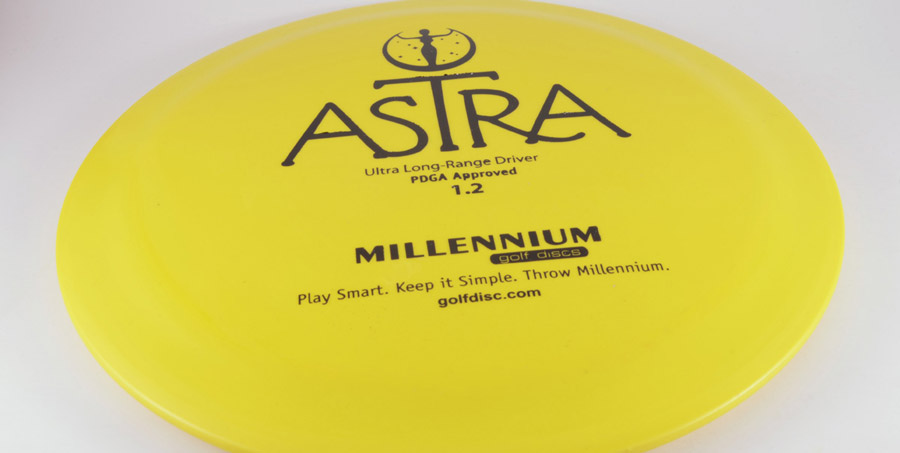 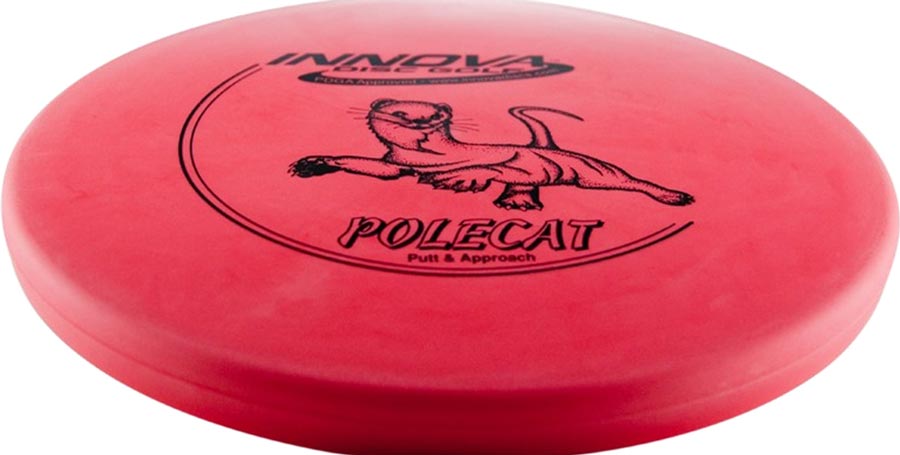