Every once in a while, a disc golf player wants a very overstable, high-speed driver in their bag. Perhaps that player throws with a lot of power, or has an anhyzer release that needs a good fade to come back for the finish, or maybe the player needs something to throw into a stiff headwind. Whatever the reason, there are some really “beefy” overstable discs on the market that can fill those needs. Keep in mind, these are NOT discs that would work well for beginners or for weaker arms!  Let’s take a look at some of the most overstable discs currently on the disc golf market. The Albatross is one of the newest releases from Daredevil discs out of Canada. It is rated as a very overstable, high-speed driver, but the fun thing about the Albatross is that it actually CAN fly straight for quite an impressive distance before making a hard, final dump. Some overstable discs start turning the moment they leave your hand, but this one waits before a dramatic fade and falls out of the sky. This is one of the two discs released by Latitude 64 in 2014 to introduce a “speed 15” disc, which is a higher number than any other brand has put onto a disc. With a wide rim, slim profile, and overstable flight design, it is meant to be thrown hard and fast. Latitude 64 also added a texture to the plate of the discs, with smoother areas for thumb placement if desired. Whether or not that texture actually has an effect on the speed is questionable, but one thing is for sure, you must have an arm to handle a Missilen and it can be a very useful overstable utility disc. The amount of stability for a Rampage is known to be a bit variable, depending on the run and the plastic type. Sometimes you can get one that has a really hard fade, while other times you can get one that has more of a straight flight path, though generally speaking, it will require some power to reach maximum distance. The Rampage is advertised as the more overstable of the distance bombers from Legacy, though the fade is slower rather than just a “dump” fade.  For other, less overstable distance drivers from Legacy, you can try the Cannon, or the newer Aftermath. The iconic Nuke by Discraft is already a fairly beefy, overstable distance driver that most beginners can’t handle. But just to one-up it on fade, Discraft released the Nuke OS which is even more overstable. It has a very wide rim and is meant to be thrown with maximum power. It is currently the most overstable distance driver in the Discraft lineup and will always be one of those discs that comes in hand if you have a very powerful arm or you need something that begins fading almost immediately after the release. We would have featured the Prodigy X1 here, since it is definitely the most overstable distance driver released by Prodigy. However, the X1 went out of production very soon after it was released and can be very hard to find. So it’s almost a tease to recommend the X1 when it’s so hard to find. The X2 is the next in line and still sports a significant fade as an overstable driver in Prodigy’s really fun “X Series” line. These discs are also comfortable because they do not have a maximum width rim, but still have a lot of distance potential. The Panic is the most overstable of the distance drivers by Axiom that have a 23mm rim width (a notch below maximum allowed width). Undoubtedly there will be a 25mm rim disc coming in the future that will require an even higher speed released for maximum distance. But this Panic is already a respectably overstable disc with a solid fade. Axiom is manufactured by MVP and there are usually similar models in both the Axiom and MVP lines, with only slight flight differences. The main differences between their models are cosmetic. Generally speaking, both Axiom and MVP have some solid overstable discs on the market The Limit is one of the most overstable high-speed drivers that we’ve thrown. It is the MVP rival to the Discraft Nuke OS. This disc is from the maximum width 25mm rim series from MVP, and it is definitely the most overstable of the bunch. It is one of those discs that, when thrown with anything less than impressive power, starts fading almost immediately after release. It would be a great disc into a strong headwind, or as a utility disc for very curved flight paths. Put this in the hands of a beginner player and they’ll probably want to quit the game. While the Missilen may be advertised as the highest speed in the Latitude 64 family, the Stilleto is arguably the more popular of their overstable distance drivers. It has a more comfortable rim and doesn’t have the strange texture of the Missilen. If has a very solid fade and is usually the “go to” overstable driver for those players who primary throw the Latitude 64 brand. The fade can be pretty massive, so this disc is definitely not for the weak or for the beginner. As the company that basically invented the 4-digit flight rating system, Innova knows what they’re talking about when they rate a disc that has 0 turn, 4 fade, and a high 13 speed. It takes the arm of an Ape to get this thing to fly for long distances. It is definitely an overstable driver that takes some experience to use properly. Many players even struggle with a “speed 12” Destroyer, so take it up a notch and add an even more pronounced fade, and you’ve got an Ape. With that being said, it is still not claimed to be the “most” overstable disc from the Innova line. For that, we turn to the Max. While boasting a slower speed rating that either the Ape or the Destroyer, the Max is rated with a “fade 5” which makes it a force to be reckoned with when it comes to overstability. It is a utility, power-throw disc that is often only available through the Innova Pro Shop since it is not recommended for the general disc golf market. But if you want a strong fade from a disc with a very flat profile, the Max may be exactly what you’re looking for.  Maximum overstability. The PD2 is the second power driver in the Discmania line. It is more overstable than the PD and is thrown regularly by some professional players as their go-to distance driver. While it is rated a “speed 12” rather than those ultra-high-speed 13’s and 14’s, it does take power to get it to go the distance. If you want an especially overstable PD2, then go for C-Line, or Metal Flake C-Line which adds just an extra fade. Those overstable runs sometimes fade so steep that the disc ends up flipped upside-down after hitting the ground.

Those are some of the more overstable discs available on the market in 2017. They aren’t necessarily new releases, but they are dependable as overstable discs and are worthy of your attention. Other newcomers will undoubtedly be released for the overstable, power-throwing market. We look forward to checking them out whenever they hit the disc golf scene.

Let us know if YOU have any favorite overstable distance drivers in the comments.

On April 4th, 2016, the PDGA approved the two flagship disc releases by one of the newest disc producers on the market, PLASTIC ADDICTS.  Many…

The Leopard is a common fairway driver that comes in a lot of the Innova starter packages. The Leopard is supposedly one of the easiest… 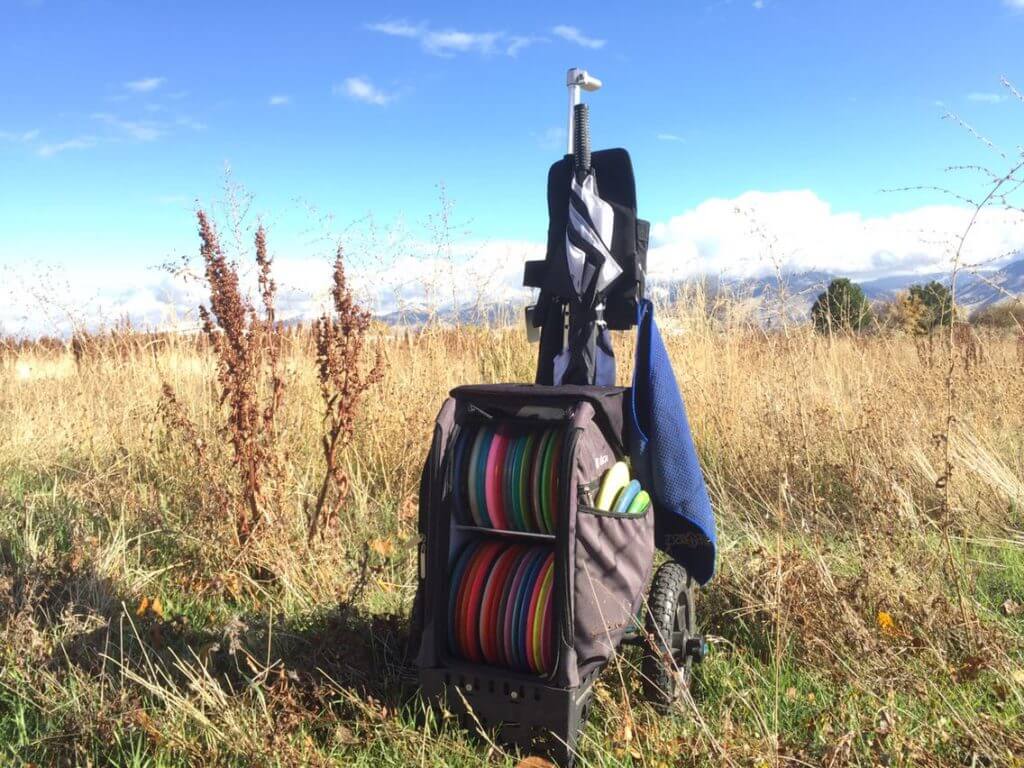 Last Saturday I played in a disc golf tournament at the Jolley’s Ranch Course in Springville Utah. While mingling with friends and waiting for awards,…