In the world of disc golf, it seems to be the law to not throw high speed discs when you are not hitting the speed. In some cases, however, having specific flight ratings does not mean the disc cannot be played in another situation. Discs can be thrown out of their flight ratings to play different shot types, disc flights, and weather. 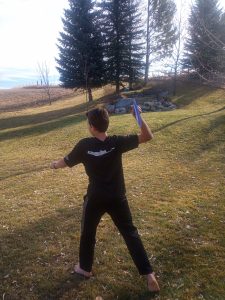 With the different courses and infinite lies disc golf offers, it is necessary to have many shot types ready in your bag. The more shots available to you, the more likely you will be able to optimize your lie. Therefore, even if you are not able to use a disc for its intended flight, it does not mean you should take it out of your bag.

Unconventional shots are an important part to anyone’s bag. They can help you get out of unconventional lies, or have an even better chance of success than a regular shot on different lies. However, sometimes it takes an unconventional disc to create these lines. This disc could be played for spike shots, rollers, skips, etc. This is why you should not always get rid of a disc if you are unable to use it for its intended purpose. The disc does not control you, you control the disc. 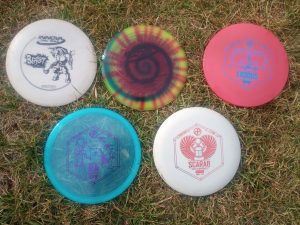 When I first started to disc golf, I did not have nearly as many discs as I would have liked; so I had to use what was available to me. I had a high speed disc I really liked the reaction for on 160 foot shots. Sure enough, that high speed disc ended up being my first ace.

This does not only go for high speed discs. If you do not like the flight on slower speed disc, it does not mean it is useless. For example, many professionals do not like putting with certain putters, using them as driving putters instead. The disc offers them a flight they prefer over the higher speed discs on those shots. 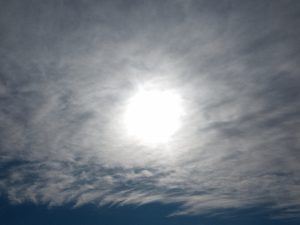 Weather is also a huge factor in deciding what disc you should be throwing. To prove, on a windy day you need a disc that is not going to be taken with the wind; therefore, the conditions should affect your disc choice.

When it comes to distance, and it may sound crazy, sometimes a putter can be the best disc. It is because of the weather. If you have a tailwind, there is rarely a disc better for riding the wind to get that distance. On the other hand, a head wind calls for a disc that will cut through it to allow more distance.

There are times a specific flight rating is useful. This is because each disc has its own characteristics that make them individual. However, the numbers are not law. Throw what will give you the best chance at a successful shot.