There are many overstable putt and approach discs out in the market now. It seems that most everyone is obsessed with Discraft’s Zone. Lately, the Zone has been extremely difficult to buy at retail prices  – which made me think what discs throw similar to it, and is it the best of them? Therefore, this post will be looking at the Zone, Harp, Stabilizer, and the Pig. Within it we will go over the feel of the discs, how they grip, and discussing their stability; all to determine which one is best. 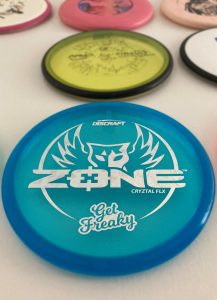 Regardless of the plastic type, the Zone has a good design to it, giving it an incredible in hand feel. With the variety of plastics, it is easy for you to find the one that feels the best in your hand. For this test, the only premium plastic Zone I got to throw was in the CryZtal FLX plastic. This plastic has some good flex to it, and provided me a flat toped Zone. This disc fits really well into my forehand grip, I put my index and middle finger along the inside rim. And it feels so good in that grip, its like a glove. However, power gripping this disc, isn’t my favorite. There isn’t enough rim to fit as nicely in a power grip, the grip is never comfortable for me. I really like how it feels in my hand for forehands, but not so much for backhands.

The stability of the Zone is pretty incredible. It is very overstable, it will almost always end to the fading side (to the left for RHBH or to the right for RHFH).  Because of that, it has a consistent flight path, making it a great approach disc. Where it is a putter, it is easy to throw. Due to the overstability of the disc, it is a great shortrange utility disc and a good driving putter.

Westside Discs makes the Harp in multiple plastics, making it real easy to find the one the feels best for you. For this comparison, I’ve got a harp in VIP Chameleon plastic. To me this disc has the best of both worlds; it fits well into my forehand and my backhand grip. Because of this it is really enjoyable to grip and to throw. The feel is quite similar to the Zone’s but it has a bead, making the rim just a touch taller than the Zone.

The Harp is quite overstable, especially in the VIP Chameleon plastic. I’ve thrown this in BT Hard and Origio as well. The Origio loses its stability over time and becomes stable and quite straight. The BT hard maintains the overstability fairly well. Overall, this is a very overstable disc, making it an excellent approach disc. 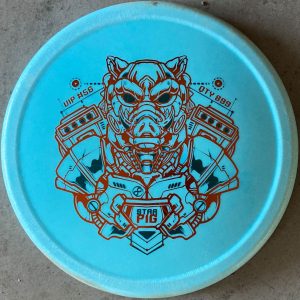 The Innova Pig doesn’t come in as much of a plastic variety as the Harp or the Zone.   The feel of the Pig is pretty good. The pro plastic is really nice and grippy but flimsy. I was fortunate to throw a Star Pig, which has a good and sturdy feel to it. Grabbing this in a power backhand grip is probably the best out of all of these putters. Its rim fits quite nicely in my power grip. I did not like how this feels to flick though. The rim design is quite similar to the typical putter. The roundness and the height of the rim make it have a tall and thick rim, resulting in an uncomfortable forehand grip for me. The grip isn’t terrible though, just the worst (for me) when compared to the Harp, Zone, or Stabilizer.

The overstability of the Pig is quite similar to the Harp and the Zone. It is quite the useful short range utility putter. Where the typical Pig does come in softer plastics, I have seen that the stability is lost over time. And the change is noticeable. However, if you are able to get one in Star plastic, then the stability lasts a long time. Resulting in another solid overstable putter; great for approach shots, a scramble disc, or a driving putter. 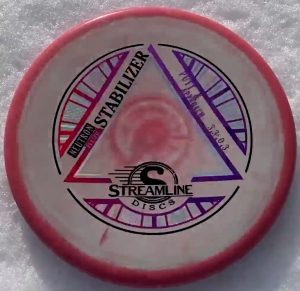 The Stabilizer is available in a variety of different plastics as well; basic and premium plastics. To me this disc feels like a mix between the Harp and the Zone. The Stabilizer has a taller rim, but it isn’t beaded. Resulting in middle ground between the two. The rim doesn’t feel quite as tall as the Harp’s, which gives me a really comfortable forehand grip. Which feels a little bit better than my grip on the Harp. However, because it isn’t as tall as the Harp, the backhand power grip feels a little less comfortable. Regardless of this, it is still comfortable all around. If beads bothered me, I would probably use the Stabilizer more frequently.

This is a overstable putter. But comparing it to the three above though, it isn’t quite as overstable. As I have mentioned though, this is still fairly overstable. It has a reliable straight flight path with a good fade to the left at the end (RHBH throw). Making it another good utility putter.

I’ve mentioned the feel differences above, and won’t go into much detail with them here. The only big difference among these four discs is that the Innova Pig has a thicker, more rounded rim, and a thumb track on the face plate. Other than that, the differences are all fairly slight and minor. Of these four discs, I found that the Harp was the most overstable, and the Stabilizer was the least overstable. Here is my ranking of them all and a little bit more as to why the ranking:

These differences weren’t all that much of a difference. The shortest distance measured (a Harp throw) was around 220′ and the furthest distance (a Stabilizer throw) was around 260′. However, on average, the difference on distance is 23′; which isn’t that big of a difference (a 10.45% increase distance to be precise). When comparing the lies of these four discs from the same throwing spot, I found that the Harp startedto fade faster than the other discs, and the Pig seemed to be the last one to start to fade; this is the order:

For me, the Zone does feel really comfortable in the hand. I can see why so many individuals like it. However, despite that, I think the Harp is a better fit for me. To me, it has the best in hand feel all around. These are my findings, doesn’t necessarily mean it is the best for you. Out of these discs, they were all quite similar, I’m positive that you would be happy with the results of any of these discs. As they are all overstable, and all act relatively the same, the differences are so small that you would only notice it when throwing them side by side. Some variation can come from plastic type, age, and release angle. But they’re all good discs that do what the manufacturers have intended.

Which of these discs is your favorite and why? 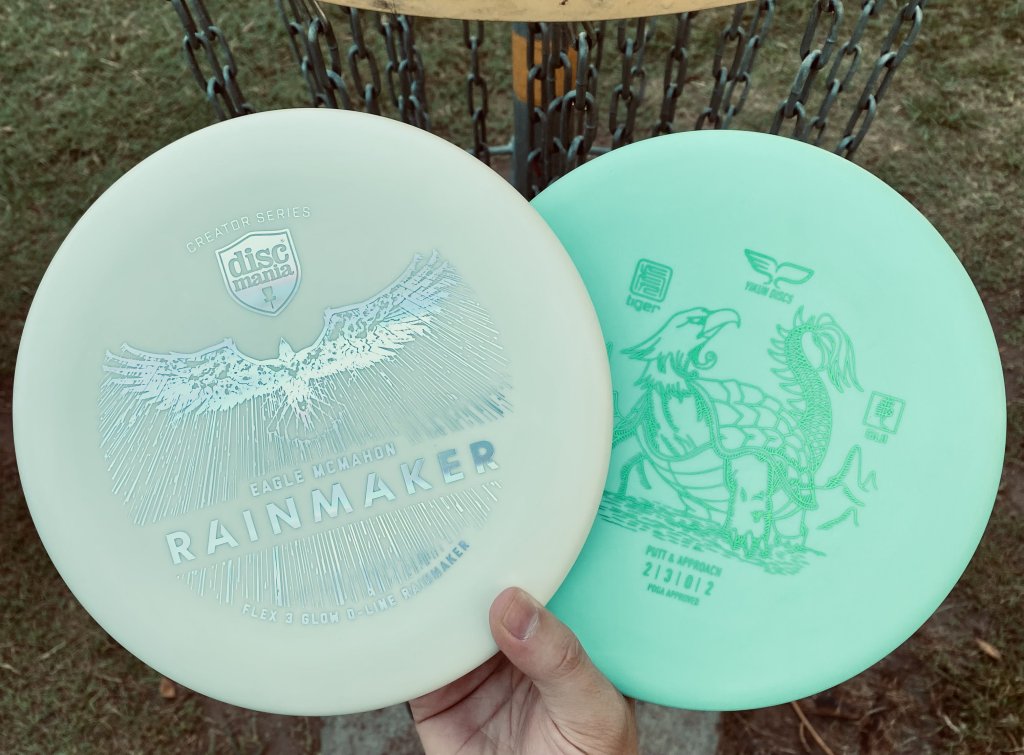 1 thought on “Which Overstable Putter is Best?”