Latitude 64 was one of the first disc brands to unleash new discs in 2017, pulling out the stops to introduce a new putter, a new mid-range, and a new driver, all at once in the end of January. The three releases followed a similar theme, with all leaning toward the overstable side of the spectrum. Particularly the Anchor mid-range, and the Gladiator distance driver appear to be aimed at the advanced player market, and will probably become staples for Latitude 64’s professional players. Let’s take a closer look at each:

CALTROP – This putter is the first from Latitude 64 to include the thumb track on the top of the disc. The thumb track, in various degrees of magnitude from pronounced to subtle, is rising from being a niche feature on only a few “odd” discs to being a more common attribute on putters. The bottom of the rim does not have a bead, so for players like myself who are accustomed to beads, it feels a bit unfamiliar. For those who putt with beadless putters, it will naturally feel better. Putters are all very personal discs, and the putter that “feels” best to the individual player is the right choice for them.

Because of the unfamiliar feel in my own hand, I had a hard time hitting even close putts with the Caltrop, but when I step back deeper, my grip changes and the disc felt better to me as an approach putter for longer shots. I felt very confident throwing the Caltrop for 100-150 foot approaches where I wanted a chance at the basket, but was more concerned with setting the disc predictably close to the pin.

Another player who tested the Caltrop with me was quite the opposite. His putting grip is very different than mine, and he push-putts with a lot of loft and arch. He loved the Caltrop as a putting putter and made nearly ever toss. Even though the Caltrop is slightly overstable, it kept a line very well at short distances when tossed in that push-putt style. On the other hand, this other player did not like the Caltrop as an approach disc because of the larger depth of the inside rim. However, he then tested it for a drive on a short 180 foot hole and hit an ace.

Give the Caltrop a test drive yourself and see if it fits your personal putting feel and style.

ANCHOR – The Anchor is an overstable mid-range disc that has a pronounced fade. It works great in headwinds, but also as a utility disc for short-range shots that need to take a steady, curved path around objects or hazards. It is not like other beefy, overstable mid-ranges like the Justice or Buzzz OS. It has a slower flight and a more steady fade. Those other mid-range discs tend to fly straight until they lose velocity, and then they tilt, turn, and dump out of the sky. The Anchor, on the other hand, has more glide, so when it makes the fade, it continues in the new direction.

The Anchor is a great disc if you want your short drive to make an obvious turn, but then carry on a bit further in that flight path. Compared to other mid-range discs that are more like a flat, dinner plate and that slice fast through the air, the Archer is more domed (though not overly so) and moves slower in flight. I compare it more to a mid-range like the Discraft Drone, which has always been a personal favorite of mine for steady, pronounced curves.

Because it is overstable, it may not be the best disc for new players or weaker arms, but I do believe it will be seen flying in competitive disc golf as a dependable, utility mid-range disc.

GLADIATOR – I first tested the Gladiator during a couple of very windy rounds of disc golf, throwing into a headwind. Even though it kept a straight flight path better than in calm conditions, this high-speed driver still wanted to make a pronounced fade before too long. It acted a lot like my Defender in terms of striking over-stability. I’m not a high-power thrower, so discs like the Gladiator or Defender only come out in windy conditions or when I want sharp fades to get around trees or other hazards. I don’t see overstability as a problem, because everybody should have a couple of drivers with differing levels of overstability.

I like the Gladiator in general, and feel it can fill a slot in many bags, though my own bag will likely carry similar overstable discs that I feel I can control a bit more easily. This would not be a good distance driver for beginners. It is definitely an advanced disc, and its popularity with upper-tier players remains to be seen. I think a lot of that popularity will be determined not only by the flight path, but by the feel of the disc in their hand as they give it a rip at high enough speeds to achieve the desired overstable flight. 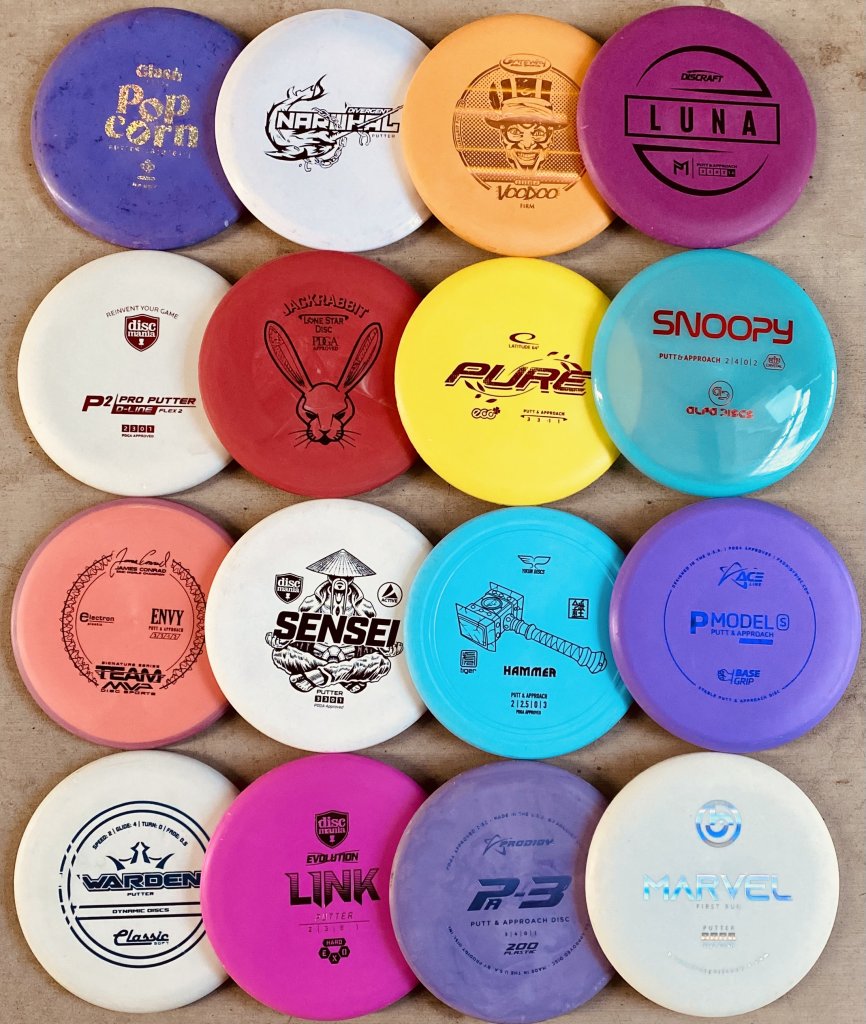 The MLB World Series has come and gone! But the Disc Golf Reviewer World Series of Putters is just heating up as we’ve concluded rounds… 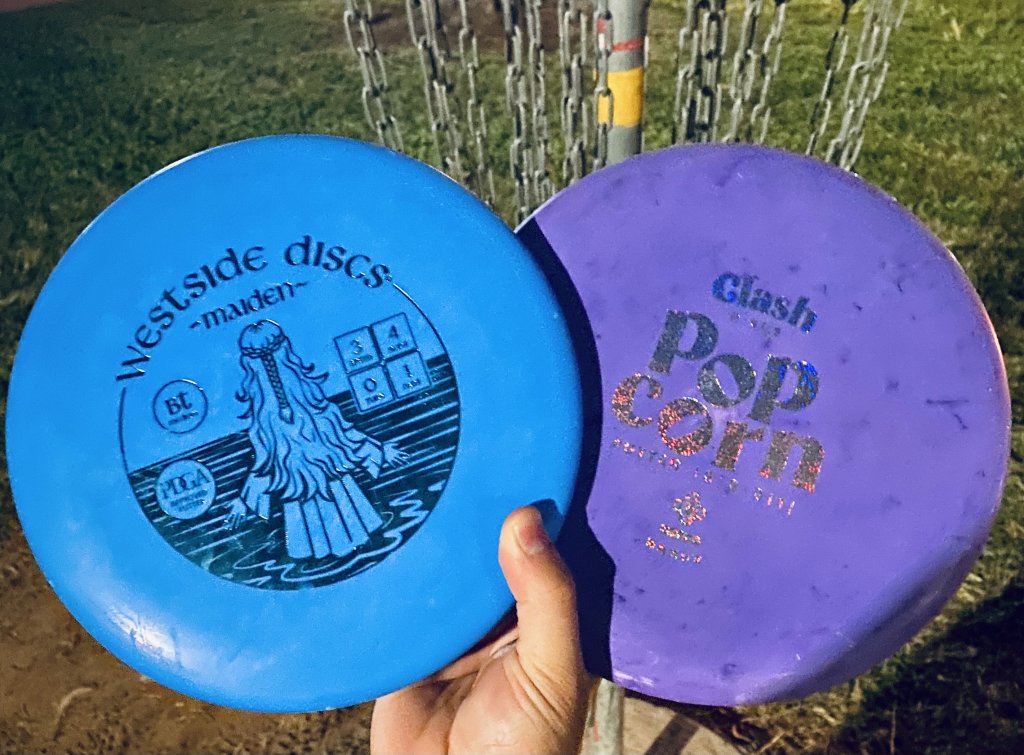 The Disc Golf Reviewer World Series of Putters is off and running, and today we are looking at the second match in the Alpaca Region.… 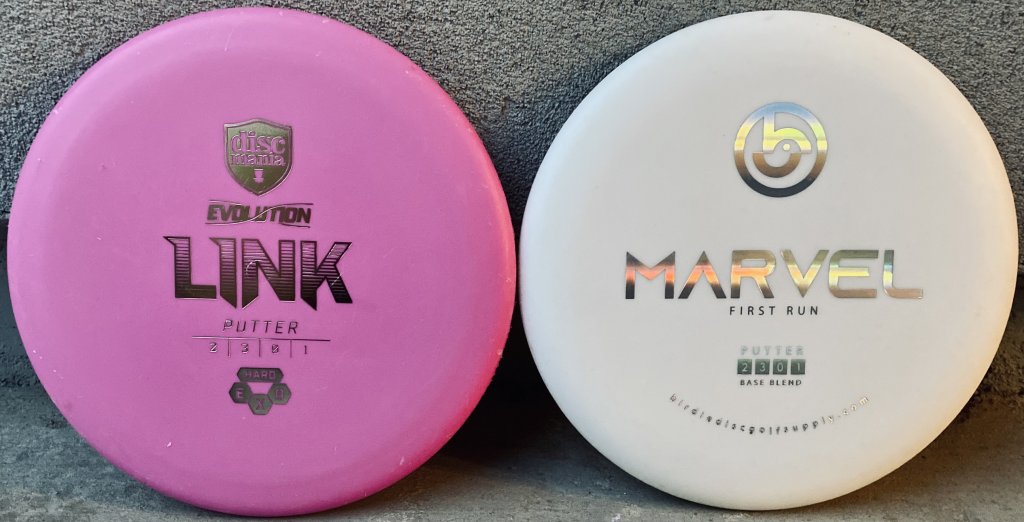 We have one more ticket that needs to be punched to the semifinal round of the Disc Golf Reviewer World Series of Putters! In this…