Note: This is part 8 in a series of posts which make up the chapters of a tongue-in-cheek look at the game of disc golf and why we love it so much, despite the lack of reciprocated affection. It is not actually intended to improve your game…unless it does…in which case we’re happy to take the credit.

Disc Golf is a wonderful sport. There is only one thing more macho and awe inspiring than being proficient at a sport, and that is being injured while playing a sport.

“So, I hear that you played football in college.”

“It was fun sometimes. I broke my leg once, and dislocated my shoulder. Once I got knocked unconscious and was carried off the field on a stretcher.”

“Wow! That’s so intense! You must have been awesome!”

And that’s how an average player rises to the status of legend.

I still follow my alma mater’s football team, and they had a quarterback who was briefly in the Heisman Trophy conversation until he suffered four consecutive season-ending injuries. He still played OK in those games before he’d get injured, but not spectacular. However, listening to the television announcers talk about his heroism and grit in coming back from so many injuries, you’d think he was destined for some wounded warrior hall of fame.

Really, he was just a guy who played hard and had an uncontrollable urge to hurdle six-and-a-half-foot, 280-pound defenders while on the run. Going up was a thing of beauty, but coming down was too often a body shattering experience. Whatever respect you can’t earn scoring touchdowns, you can soak it up wearing those cool team jackets and ball caps while sporting crutches on the sideline.

The problem with disc golf is that it is hard to get legitimate, respect-garnering injuries. So, what little pains and discomforts befall us, we need to be sure to milk them for as much sympathy as possible.  After all, the real advantage of sports injuries is the credit that’s cashed in the form of excuses.

If you let a disc fly awry into a tree or river, and you’ve made it clear that your shoulder sprain from previous games has been acting up, then all it takes is a little yelp upon release of the disc and a nonchalant rubbing of said shoulder to win sympathy and avoid looking like you simply stink. That nasty misfire is now a badge of courage as you “play through the pain.”

Let’s go back to that yelp. Make sure that your suffering is audible, but not overly dramatic. There is a fine line between winning admiration for your struggles and looking like a total baby. Better to silently grumble something like, “My doctor said I should wear the sling for another three weeks, but it’s so hard to throw with that thing on.” Heck, your opponent might even wave your penalty stroke for going out-of-bounds, out of pure admiration.

I actually had a shoulder situation once that got worse and worse, eventually reaching a point where I couldn’t put on or take off a t-shirt without wincing in pain. During that time I was entirely unable to go through the motions of an overhand throw. Getting out of the scrub oak on one of my local courses was next to impossible without an overhand throw, but I always had a great excuse for why I struggled so much in those situations. Eventually I started seeing a chiropractor who had me all fixed up in a matter of weeks. The pain was gone, and so was my excuse. I still struggled mightily with those shots, but I couldn’t blame my bum shoulder anymore. In a way, I missed it. I longed for the day something else would start hurting.

My brother, on the other hand, suffers sharp wrist and shoulder pain on his right, throwing arm. His condition was so agitated by frequent disc golf that he had to face either giving up the game or learning to throw left-handed. He basically started all over as a beginner by throwing with his left hand until he became quite proficient with it. Now he can split the throws in his game between both arms  and avoid the worst of the pain. Plus, he consequently has the advantage of easily modified flight paths either to the left or right.

Yeah, it really aggravates me. Good thing he lives 800 miles away.

Let’s get back to my injuries. I took my sister disc golfing for the first time. She made it through fifteen holes. She grip-locked her tee throw on hole sixteen and threw it 90 degrees off course, hitting me, point blank in the side of my face. I couldn’t feel my jaw for a couple of minutes. But I shook it off, told her it was fine, and I went on with the game, encouraging her to keep playing. She has never thrown a disc again. She was traumatized by the accident, and I walked away with a small cut and a cool story. The next Christmas I found her the perfect gift– a t-shirt that says, “Nothing says I love you like a disc in the face.” She laughed so hard that she cried and confessed that the existence of such a shirt was a relief, because it meant that the incident must be rather common. Enough guys were getting hit in the face by disc-slinging gals that somebody made and sold t-shirts about it. Now that is a true celebration of disc inflicted sports injuries! 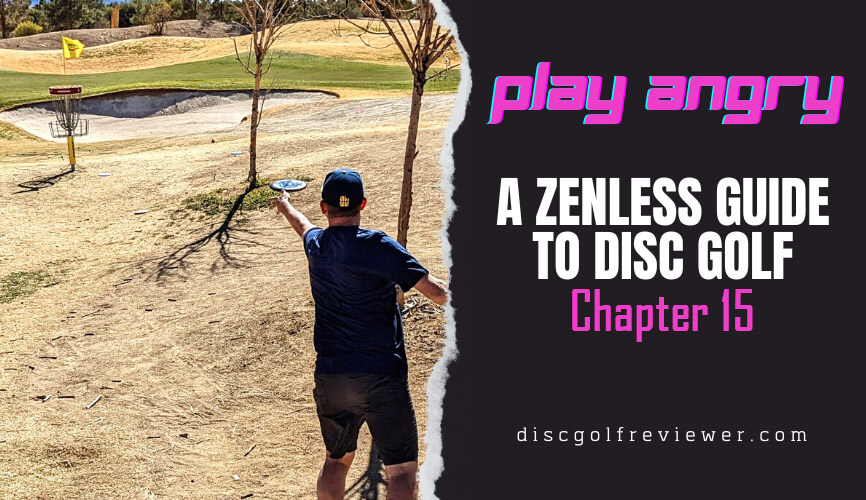 Note: This is part 15 in a series of posts which make up the chapters of a tongue-in-cheek look at the game of disc golf… 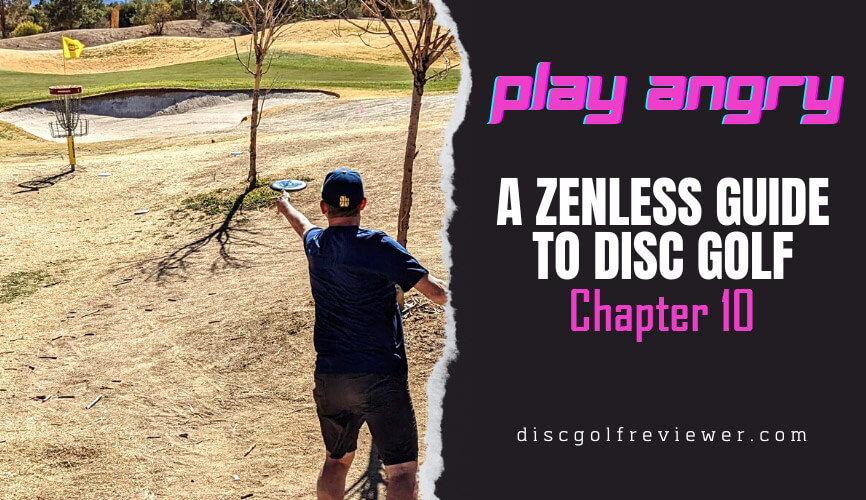 Note: This is part 10 in a series of posts which make up the chapters of a tongue-in-cheek look at the game of disc golf and…