Note: This is part 11 in a series of posts which make up the chapters of a tongue-in-cheek look at the game of disc golf and why we love it so much, despite the lack of reciprocated affection. It is not actually intended to improve your game…unless it does…in which case we’re happy to take the credit.

When I first started playing disc golf, I didn’t mark my discs in any way. There was no identification on my plastic. It never occurred to me, until another player mentioned it, that if I accidentally threw one of those discs into brush so thick that I could not locate it, somebody might later find it and want to return the disc to its proper owner.

I tested that theory immediately by voluntarily writing my name and phone number on my few precious discs, and then involuntarily losing them in eight-foot-high reeds that cover the bottom of a hillside at a course called Von Baer Park. Many discs have been lost to those reeds over the years. It is literally a disc graveyard, strategically placed exactly where right-handed, backhand throwers like myself would naturally loft discs over the edge of a precipitous drop-off. The hazard is completely blind from the tee, yet beckons to airborne discs like a siren’s song.

There have been many times that I’ve stood atop that crest, watching the reeds shake as hot, sweaty, cursing players push blindly through the allergy-inducing, plastic eating vegetation, as if bushwhacking through their own, private Vietnam. I’ve shed a tear or two for them, and for the hopelessly lost discs.

Then one day something amazing happened. My phone rang and I answered, despite not recognizing the source of the call. A man asked to speak to me by name.

“Oh good. Hey, I found your disc today while looking for my own on hole eight at Von Baer.”

“Sure. What would you like me to do with it?”

“Where do you live?”

“In an apartment by the University.”

“Can I come get it on my way to work tomorrow?”

“Sure, I’ll put it outside my door in the morning and you can grab it whenever.”

Wow, what a gentleman’s game! People actually respect each other’s property enough to go out of their way to call and return lost discs? I was seriously impressed. It happened many times after that. I lost discs frequently, but didn’t fret because eventually somebody would call. I’ve visited apartments and homes, and people have also dropped discs by my work, and I’ve done likewise, returning discs that I’ve found to other owners.

But what if there is no name or phone number on the disc? The code is simple– if you find an unmarked disc, it becomes yours. My son adopted a lost DX Beast that became his favorite driver for a short while, until he taco’d it against a tree and it would never fly right again.

One time my son and I lost a disc deep in some trees and looked for a solid hour with no success. Eventually we gave up the search, figuring that somebody would call sooner or later. We were right. Six months later somebody called to say that they’d found the disc. Oddly enough, they pulled it out of a pond at a course nearly six-hundred miles away, in a neighboring state. Apparently it had been found by somebody, and used for who-knows-how-long until they lost it in a pond far away.

“Wow, I guess you can keep that one. Don’t worry about sending it back.”

You know, there were a couple of times that I paid the postage to mail discs back to owners who had lost them while visiting from out of town. I figured it was what a true gentleman disc golfer should do.

This went on for two or three years. Then the sport started to grow locally. More and more people started to play, and more courses were installed. That seemed a good thing, but it wasn’t long before I noticed an unexpected side effect. Suddenly my lost discs stopped coming back. There were a couple of times that my son absentmindedly left a disc in a basket, or on the fairway, only remembering too late. The discs were gone, and nobody called. They hadn’t even been truly lost! They were accidentally abandoned, and nobody was calling! It left me dumbfounded.

I imagined that these must be new players who were unaware of the costs of good discs. Maybe they imagined that these things were easy-come, easy-go. One time my son left a custom-dyed disc that he had decorated himself, featuring the mask of Darth Vader. It was a personal treasure to him, but it was never seen again after being lost on a popular local course. For many months we would keep a suspicious eye on other players whenever they pulled a disc out of their bags within our line of vision. We’d watch for that Darth Vader mask. Somebody had to have it. Somebody would proudly be throwing it. But alas, it never showed up.

My faith was seriously damaged, though eventually I reached a level of play where I very rarely lost discs. Plus, I tend to avoid courses that have too many deep water hazards. Occasionally I’ll play a course with such hazards, and I’ll kiss a few precious discs goodbye. But I consider it to be a cost of playing the game I love. I have no expectations of getting those discs back anymore.

I once met a bearded player who had found his own way to cope with losing discs. He wisely told me, like an old disc golf sage, that he never put his name or phone number on his discs. He figured that if he threw that disc in a way that it became irrecoverable, then the disc wasn’t meant for him anyway. He would gladly abandon it to another player who perchance needed it and could treat it better than he had.

That man is now broke. He can’t afford discs anymore. He can be seen on occasion, weeping on park benches near the local disc golf course. I think I saw him toss a bouquet of wild flowers into the disc graveyard once, before walking away slowly, his head hung low.

I met another player who liked to take his dog along to a local course that features a swamp that eats discs. His dog was so well trained that if this player ever shanked his disc into the pond, the dog would go in after it. The faithful pooch would emerge from the pond with a wet disc hanging from its mouth. One time the dog returned with the wrong disc. So, this player threw a rock into the pond where he thought his disc would be found. The dog raced into the water and came out again with another wrong disc.

“I now have an entire bag of discs that my dog has pulled out of that swamp. I just keep throwing rocks in until he can’t find anymore.” The man smiled proudly.

In one sense I was impressed. Mostly I admired the dog. But another side of me wanted to demand to see that bag. Those discs had to have names and phone numbers on them! At least a few! Maybe one of them had a Darth Vader dye on it.

My faith was nearly restored once when somebody left a voicemail on my cell phone. The short message had a man’s voice saying that he’d found my disc and wanted to return it. I called back, curious to see if it was indeed true, unable to remember what disc I had recently lost.

“Hey, you called me a few minutes ago about a lost disc.”

“Yeah. I just gave it back to you.” The man sounded a bit confused.

“I’m at Toads.” That is a course an hour from my home. “You just came and got your disc from me.”

“No, I didn’t. I’m here at work at the moment, and I haven’t been to Toads for a very long time.”

There was a moment of silence while the kindly player put two and two together. “Dang. I’m really sorry.”

Yes, he had beneficently called the true owner, only to have the charlatan who had originally kept my lost disc show up and claim it in my name. That was a new low.

Lest anybody think that I’m accusing the entire disc golf community of breaking the code and ignoring clearly marked names and phone numbers, I admit that it may just be a local phenomenon. My son went to play at the Glass Blown Open in Kansas. That is a tournament where it is often windy and there are water hazards all over the place. By his second day, my boy had last fourteen discs. When he started to tell me via text about the cool players pack he’d received (a bag with plenty of new discs), I told him to save time and go dump the entire bag into a lake.

He had a great time there, and returned the next year to lose fewer discs. But here’s my point. People called him from Kansas! That’s over a thousand miles away, and people still called, wanting to contact the owner of discs that had been pulled out of those water hazards. Chivalry lives on! At least in Kansas!

So, in conclusion, let me give you one very helpful tip. Put your name and number on your discs! If you love them, mark them! They may or may not come back to you, but it at least keeps hope alive. If I ever find your disc lost in one of the courses that I play, I’ll call you. I promise! Just pray, with all the fervor you can muster, that I find it before one of those newbies does. 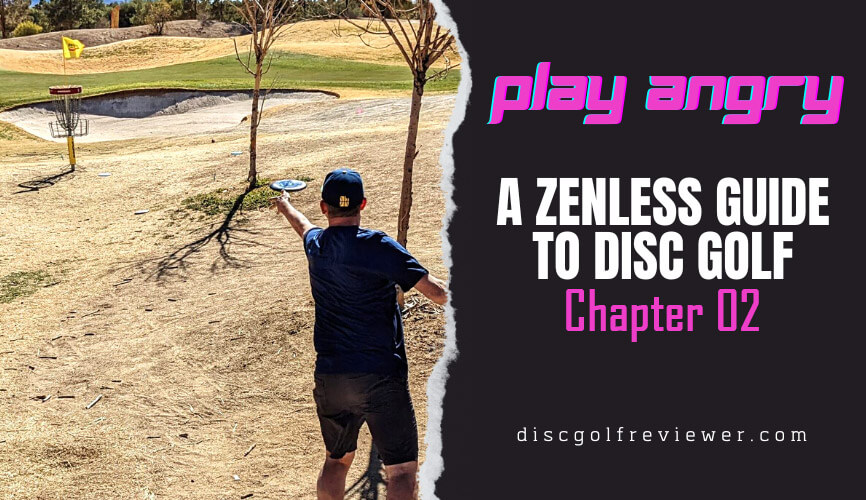 Note: This is part 2 in a series of posts which make up the chapters of a tongue-in-cheek look at the game of disc golf and…

Pointers for Accuracy with Disc golf Alan and I have been doing our 150 foot accuracy tests, both of us as beginner/intermediate players. Alan has… 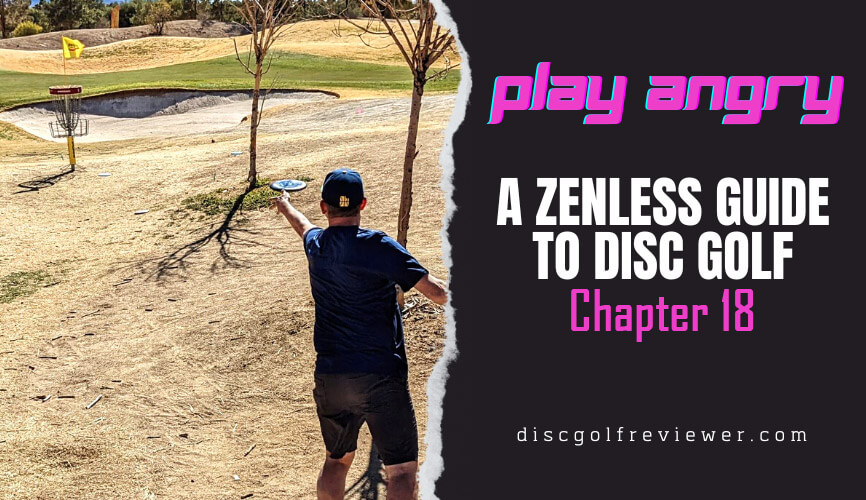